Why Do We Call the Vagina Everything but “Vagina”?

Why do so few people use the word "vagina" to refer to a vagina? We explore the history and censorship of the word and explain why using the term "vagina" is more important than you'd think. 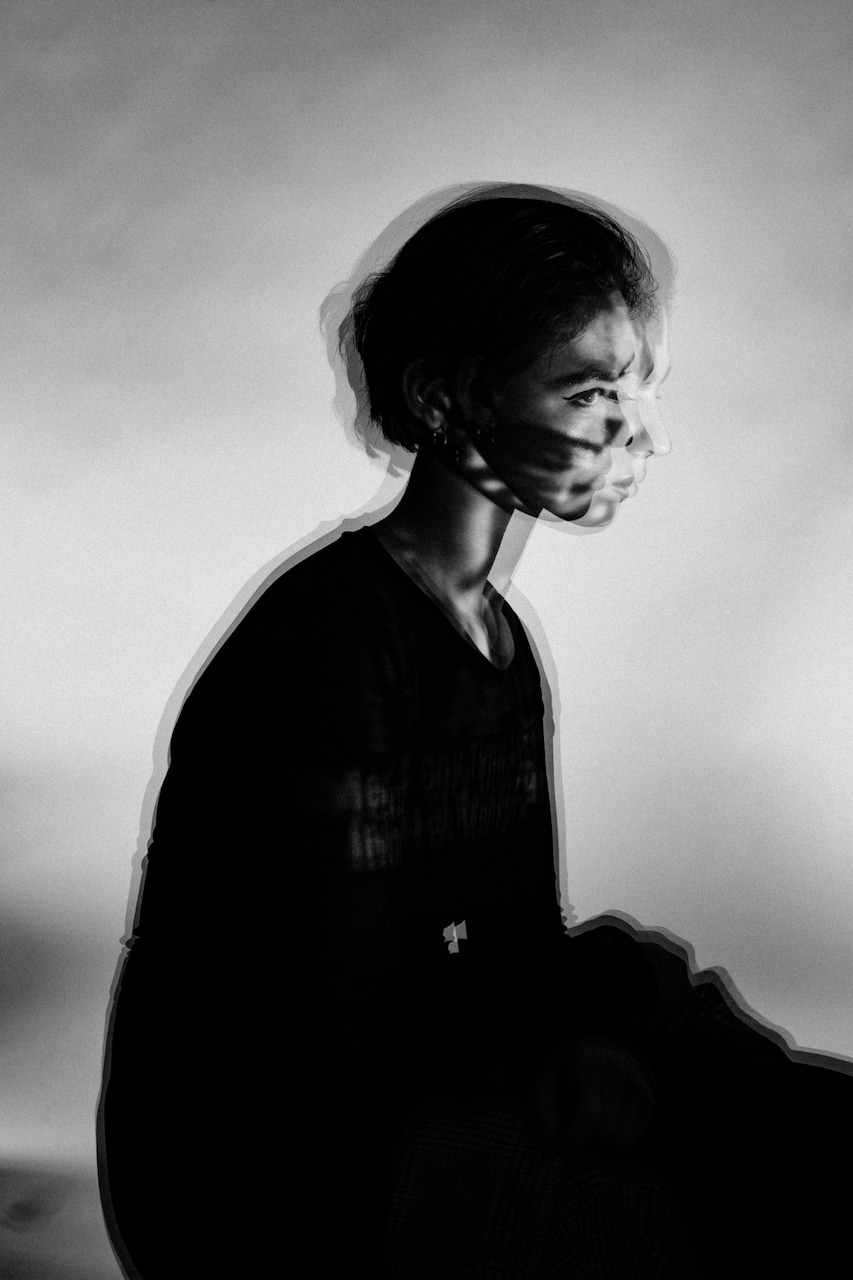 See if you can guess this six-letter word: It’s been censored from advertisements, TV shows, and movies. A state representative was banned from speaking on the House floor after saying it. Apple won’t let you engrave it on any of their products.

We’re talking about vagina. How did our society come to dictate a culture of fear around  a word that refers to a body part that 50% of the population has?

Below we share the history of vaginal terminology, vagina’s censorship in 21st century mainstream and social media, and explain the real consequences behind misnaming the vagina.

First, let’s clarify some terminology. The word vagina has become a colloquialism for genitalia, but it actually refers to a specific part. The vulva refers to genitals outside of your body, including the clitoris, labia, urethra, and the vaginal opening. The vagina is the canal that connects your vulva to your cervix and uterus. Many people say vagina when they mean vulva.

And we can’t forget the vaginal microbiome, the complex ecosystem of microorganisms, including bacteria and fungi, that lives inside the vagina — has biologically evolved to help protect that reproductive system.  Every day, the vaginal microbiome performs the equivalent of modern health miracles. It can fight off yeast infections and bacterial vaginosis (BV), protect a pregnancy, and possibly even defend against cancer, as well as play a crucial role in your overall health.

Where did the word vagina (and its synonyms) come from?

Ok, back to the word vagina.

There are so many terms for vagina (some more appealing than others). From the food references (honey pot, cherry, cupcake, cookie, pink taco(?!)) to the botanical innuendos (flower, lady garden, …penis fly trap) to the words that sound like the latest dance craze (hoo-ha, cho-cha, woo-woo), we’ve come up with hundreds of ways to work around saying “vagina.”

Here’s a little history on how the word vagina came to be: The first use of vagina referring to the reproductive tract can be traced back to the early 1600s. It comes from the Latin word for sheath, with implications that its corresponding “sword” is the penis. If you dig deeper, the vagina is basically defined as empty space that is only purposeful when it’s being used to envelop a penis. The very root of the word is heterosexist and misogynistic. Can we catch a break?

Over the years, a slew of other words have been used to describe vaginas and vulvas, many with similar submissive connotations. For example, pussy dates back as far as the late 1600s. Historically, it’s been used mostly in a sexual context. According to the Oxford English dictionary, it has roots as a pet name for “a girl or woman exhibiting characteristics associated with a cat, especially sweetness or amiability.” Box dates back even further (1541!) as vagina slang. Similar to the sheath imagery from vagina, this term also implies emptiness until something is put in it.

Some words for vagina have been born out of necessity to keep talking about them in the media. The word “vajayjay” became popular after it was used on “Grey’s Anatomy” because producers wanted to use the word vagina less on air.

Not surprisingly, social media is another battleground: The Center for Intimacy Justice (CIJ) studied 60 health businesses that served women and gender diverse people and found that every single one (100%) had experienced ad rejection on Instagram/Facebook.

As a result, people who talk about vaginas on the internet have taken to using “virginia”, “down there” or simply visually bleeping “v*g*na” to avoid getting flagged by sexist censorship policies.

These self-censorship terms have trickled down to the general public. While the average person may not be posting publicly about their vaginas, they do use the internet to access information about their vaginal health. Google trends shows “virginia” in the top related inquiries for yeast infections and vaginal odor.

There is some good news: CIJ’s report led Meta (aka Facebook and Instagram) to rewrite their global ad policies. Now, “advertisers can run ads that promote sexual health, wellness and reproductive products and services”. While the enforcement of these policies is TBD, it’s a huge step for companies like Evvy to be able to more easily share information about vaginal health without fear of getting flagged or shut down.

Who cares if people don’t use the word vagina?

Despite our many attempts, vagina is not a word that can be easily replaced. According to the American Urological Association, it is the only anatomically correct term and has no accurate substitute.

Doctors advocate that using correct terminology is a health and safety issue, especially for young people. Sexual violence prevention specialists advocate that using anatomically correct language can improve self-esteem as well as improve communication between adults and children.  For instance, if a doctor doesn’t recognize a nickname for genitals, they may miss a warning sign about abuse. Familiarity with your own body, at any age, makes you a better advocate for your own health.

Saying vagina and vulva out loud also helps to instill in ourselves and others that there’s nothing to be ashamed of. When we whisper a word or refuse to say it all together, we imply that it’s something bad. If the vagina is a mystery, it is easier for people to exert power over those who have one or to ignore understanding studying it all together. Lest we forget that the clitoris is entirely ignored by the medical field, in large part because of its close relationship to pleasure for those with vaginas. Naming your vagina for exactly what it is serves as a way to begin take that power back.

Vaginas and vulvas are pretty miraculous: they give us pleasure, help us menstruate, and can expand in size to deliver an entire child. Instead of feeling shameful, we deserve to  feel proud.

Evvy is committed to closing the gender health gap and a critical step that process is confronting the stigma that infiltrates everywhere from Instagram feeds to research grants. Vaginas deserve health care just like any other human body party, especially since they have been excluded from the conversation for so long. Case in point, your vagina and your vaginal health shouldn’t feel like a black box, even if our collective culture has taught you otherwise.

And we’re here to give everyone access to the attention and education their vagina deserves. 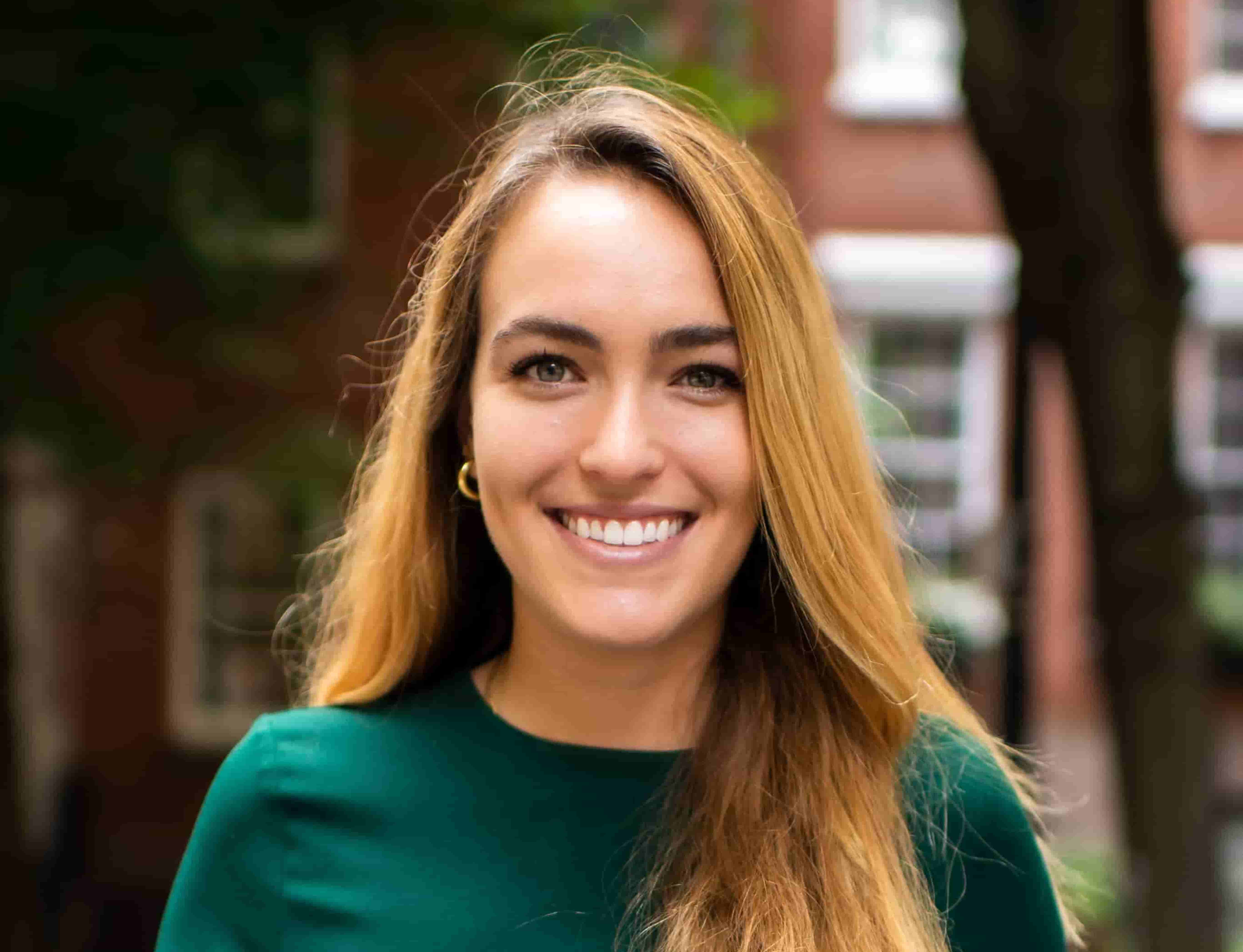 Spotlight on Evvy's Head of Clinical Research & Ops: How Pita's Upbringing Inspired Her to Want to Reinvent The Way We Approach Vaginal Health

Hear from Pita, Evvy's Head of Clinical Research & Ops, on how her family and experiences growing up in Mexico shaped her worldview and inspired her to revolutionize vaginal healthcare 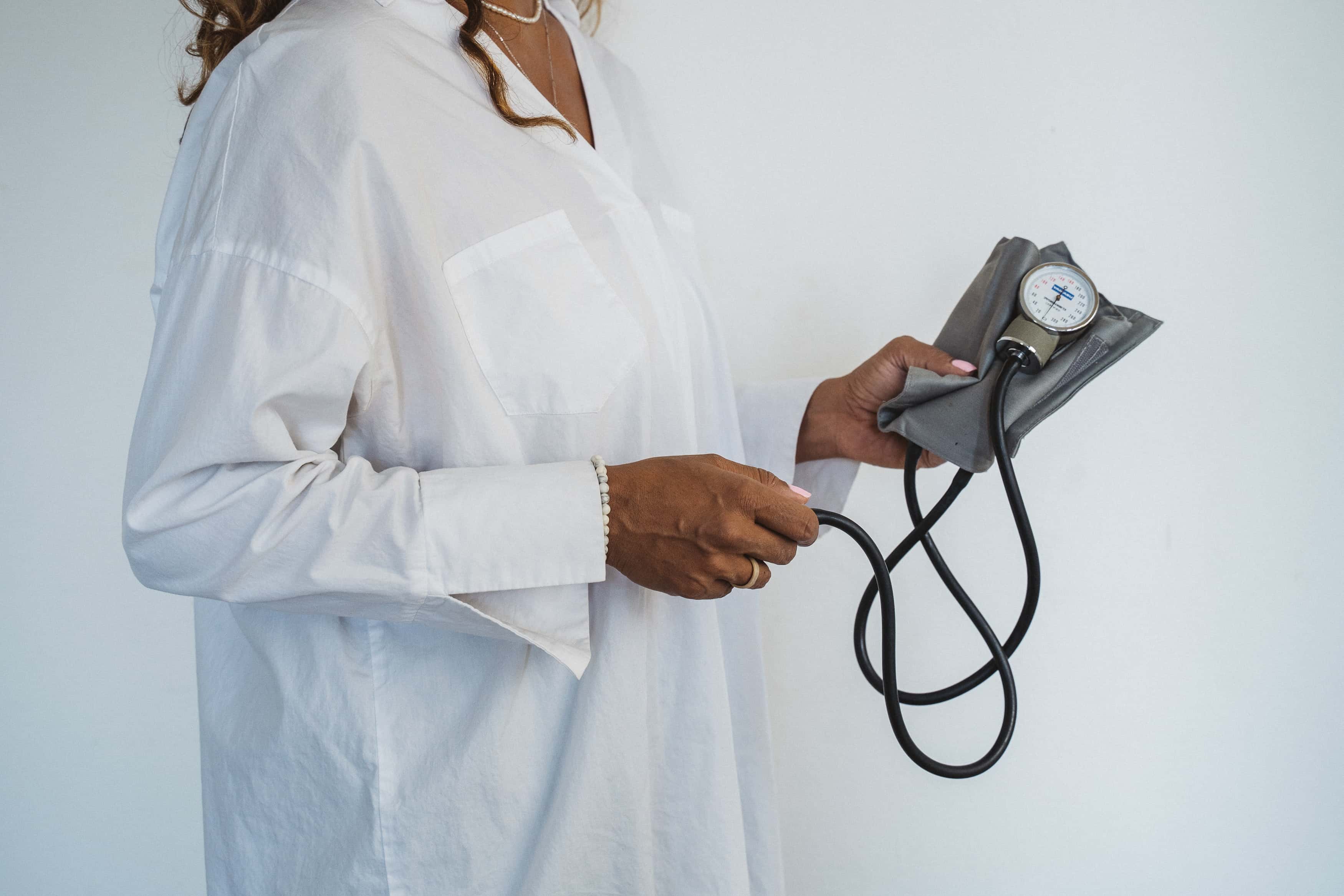 How to Talk to Your Doctor About Vaginal Infections

Dr. Diana Currie, a practicing OB-GYN for over 20 years and one of Evvy’s incredible medical advisors, shares her advice on the best way to talk to your doctor about vaginal infections. 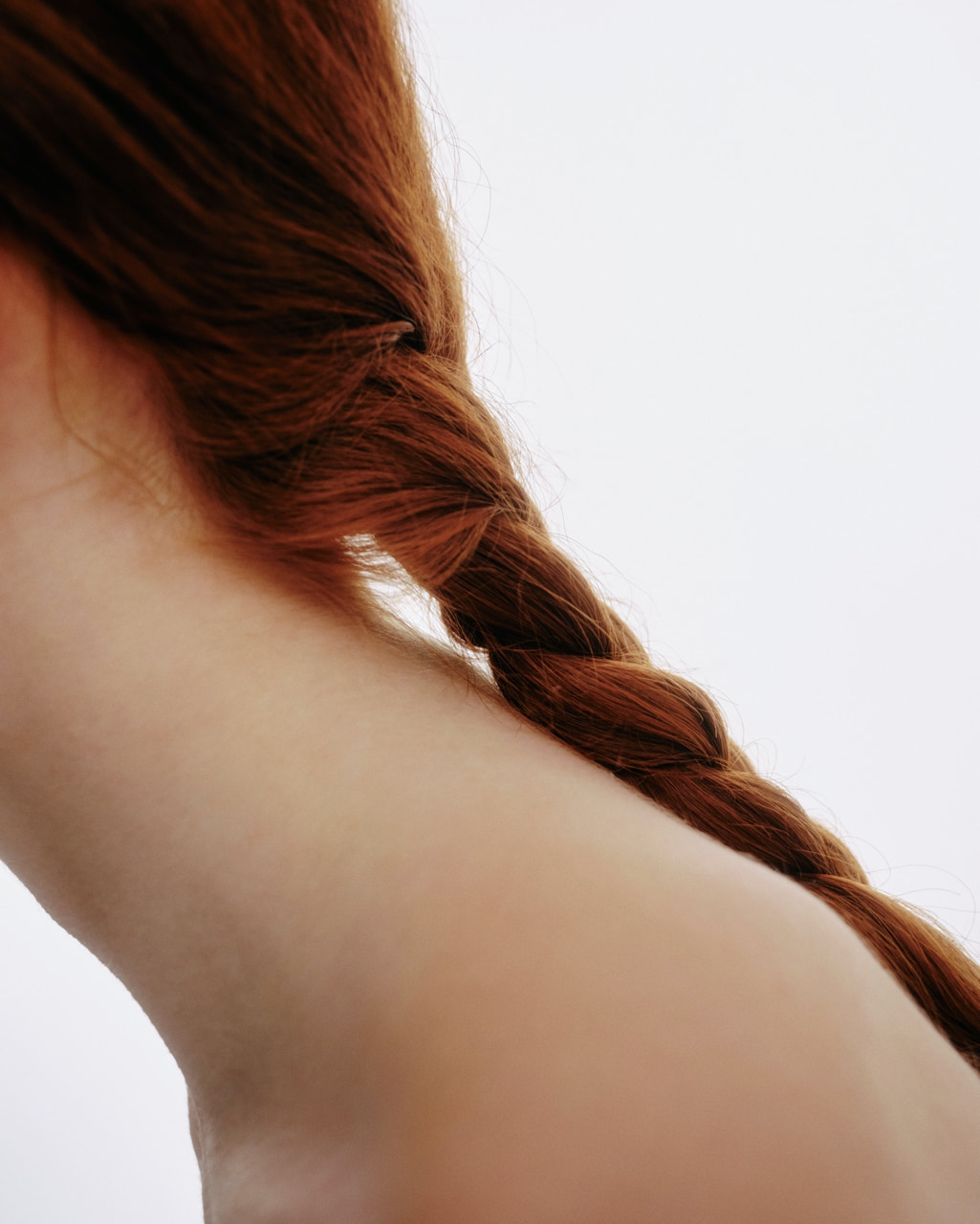 Evvy Reviews: “How Evvy Helped Abigail M. Finally Get to the Root of Her Chronic Vaginal Symptoms”

Abigail spent years feeling dismissed and frustrated because of chronic bacterial vaginosis, UTIs, and yeast infections. Learn how Evvy helped her find the answers she needed to heal.