What is Bacterial Vaginosis (BV)?

Everything you wanted to know about BV but were afraid to ask: what is it, what causes it, and how to get rid of it. 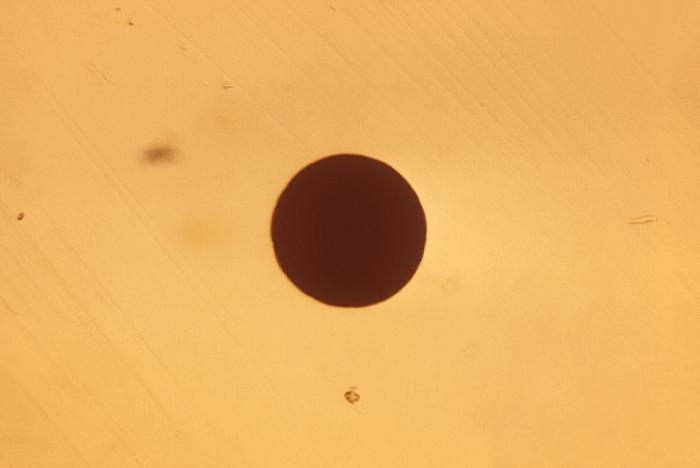 ‍Maybe you’ve gotten a recent diagnosis from your doctor. Maybe you’re dealing with recurrent vaginal infections. Maybe you’re just curious about what’s up down there. Whatever you’re here to learn, Evvy’s got answers.

Looking for something we didn’t cover here? Let us know at ask@evvy.com or with #AskEvvy on social.

Oh, and let us say one more thing before we get into it: you’re not alone. We know too well that common types of vaginal infections like BV, yeast, UTIs and more can sometimes bring on feelings of frustration, fear, or even shame — but they shouldn’t. Taking care of your health is a normal part of being human — and we’re here to help. ‍

What is bacterial vaginosis (BV)? ‍

Bacterial vaginosis, or BV, is the diagnosis given when you have a high diversity of bacteria in your vaginal microbiome — including an overgrowth of some bacteria like Gardnerella that may be harmful. (Need a refresher on the vaginal microbiome? We’ve got you.)

This overgrowth in vaginal flora is in contrast to a healthy vaginal microbiome, which is dominated by Lactobacilli, a lactic-acid producing bacteria that resist pathogens. When the lactobacilli-dominance is disrupted, your vaginal pH can go up, allowing other types of bacteria to grow and cause an imbalance (sometimes referred to as dysbiosis) — which then causes a variety of symptoms. ‍

How is BV diagnosed? ‍

BV is typically diagnosed two ways. The first is symptomatically, based on something called the Amsel criteria. An Amsel criteria diagnosis is when you have 3 of the 4 following symptoms: white discharge, clue cells, a pH over 4.5, and a fishy odor.

The more specific way to diagnose BV is with a Nugent score. Using the Nugent score, a vaginal smear is examined under a microscope for three bacteria morphotypes: Lactobacillus, Gardnerella, and curved gram rods.  A score is then created based on how many of each type have been counted, essentially looking for low, intermediate, or high diversity of bacteria in the sample. A score under 4 is diagnosed as healthy, 4-7 is intermediate, and 7-10 is considered high diversity, aka, BV.

You may have noticed that “high diversity” isn’t a very specific diagnosis — and you’re right. Unfortunately, current diagnostic measures don’t tell you much about what other bacteria are present or any other relevant information about how they’re interacting in your vaginal microbiome.

(A small aside — this is why we’re creating an at-home vaginal microbiome test, so you can understand all the bacteria present in your microbiome and why it matters, including what symptoms it may be related to. Though it’s not a diagnostic test, and shouldn’t replace the advice of your doctor, it can help you uncover what strains are present and in what capacity.)

What are the symptoms of bacterial vaginosis?‍

The most common complaints of folks with BV are:

Pain, discomfort, or itchiness, both in general or specifically with sex or peeing, may also occur. However, up to 84% of people with BV (read: an imbalanced vaginal microbiome) may not experience anything at all.

If you’re dealing with BV, you’re far from alone.

According to the Center for Disease Control (CDC), BV is actually the most common vaginal condition in women ages 15-44.

In fact, almost 30% of people with vaginas get BV each year, and that number jumps to 50% for people of reproductive age (those in between puberty and menopause).

‍Here’s a frustrating tidbit from the CDC: “Researchers do not know the cause of BV or how some women get it.”

If you’re shocked that this is the best available answer for a condition that affects one in three women, you’re not alone. This is why Evvy exists! The vaginal microbiome and BV are massively understudied, and it’s time women and people with vaginas got the research and care they deserve. ‍

What treatments are available for BV? ‍

BV is often treated with antibiotics prescribed by a doctor. That said, antibiotics often wipe out all bacteria in a microbiome — including the protective strains — so talk to your doctor about adding a probiotic to your treatment plan.

We hope that further research into the vaginal microbiome can create an opportunity for more precise and effective treatments in the future. ‍

Can you get BV from having sex? ‍

BV is not a sexually-transmitted infection (STI) and you can develop BV without ever having sex.

Because BV is broadly defined as an imbalance in your vaginal microbiome, you can’t “get” BV from having sex with someone. That said, sex itself (or really putting anything in or near your vagina) can introduce new bacteria and/or change the vaginal pH, allowing “bad” bacteria an opportunity to overgrow and cause BV.

Semen, saliva, or another vaginal microbiome can all disrupt your vaginal flora. This means that having unprotected sex, sex with a new partner, or sex with someone else with a vagina can increase your odds of developing BV — but read on to discover a few steps you can take to help prevent BV. ‍

How can I stop BV from coming back again? ‍

One way to help prevent a BV recurrence is to take a probiotic with helpful strains of vaginal bacteria regularly. This ensures that protective bacteria is always being introduced to strengthen your natural defense against pathogens — even if you’re taking antibiotics or using boric acid.

There are other every day behaviors you can do to help, and you’ve probably heard of some of them:

What about recurrent BV?

Recurrent bacterial vaginosis is unfortunately also common. Some studies show recurrence rates as high as 80%, 3 months after “effective treatment.”  Doesn’t sound so effective to us!

Essentially, antibiotics are effective at killing off the “bad” bacteria, but they kill off the good bacteria, too. And without that good bacteria, the vagina’s natural defense is broken down, which is why women often feel better in the short term but recur shortly after.

How is boric acid used to treat BV?

Over time, “bad” bacteria can build up a biofilm that makes it hard to get rid of. Boric acid breaks down this biofilm.

However, treating BV is all about rebalancing your vaginal microbiome. This means that a key part of any solution is not just getting rid of the bad bacteria, but re-introducing healthy bacteria that naturally produce lactic acid to break down further biofilms and resist pathogens.

We should note: don’t start taking boric acid without consulting your doctor! Because it’s only part of the solution, it is important that you incorporate it into a doctor-approved treatment plan. And to ensure that the good bacteria can regrow, ask your doctor about taking a probiotic. ‍

What are the risks associated with BV? ‍

The bacteria present in the vagina influence the risk of a variety of other health issues. Untreated BV is associated with the following conditions, among others:

What’s the difference between BV and a yeast infection? ‍

Though the symptoms in these two vaginal infections may overlap, yeast infections are typically characterized by a specific type of vaginal discharge (often compared to cottage cheese) and itchiness, while BV is mostly associated with a fishy odor and thin white or grey discharge.‍

Are hormones related to BV? ‍

This means that there are times when it’s important to pay extra attention to your vaginal microbiome: starting your period, becoming pregnant, going through menopause, and going on or changing hormonal birth control. ‍

Only people with vaginas can develop BV, because by definition it is an imbalance in the vaginal microbiome. The penis has its own microbiome — but we’ll leave that for another day!

Looking for something we didn’t cover here? Let us know at ask@evvy.com