BV, CV, Trich, herpes... not every itch is a yeast infection! Learn what other infections can cause symptoms here. 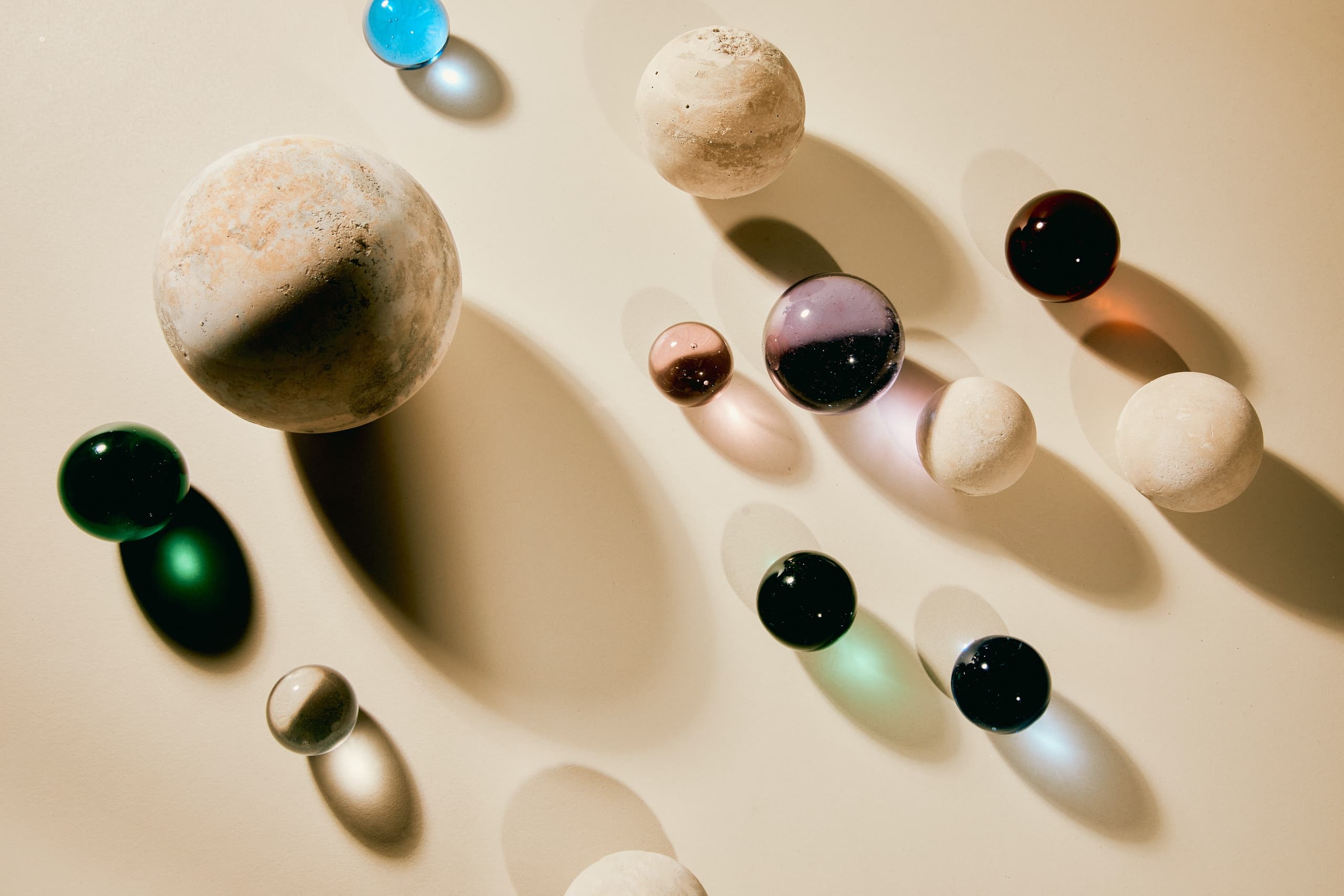 Is your vagina super itchy? And you’ve noticed a change in your discharge? Your first thought might be: it’s a yeast infection. But itchiness and a change in discharge are common symptoms of other vaginal conditions that are equally as important to pay attention to.

70-75% of people with a vagina will experience a yeast infection in their lifetime. But that doesn’t necessarily mean we’re good at telling the difference between a yeast infection and other vaginal conditions. In fact, one study showed that only about a third of folks were correct in diagnosing themselves with a yeast infection.

Below are eight common conditions that are often mistaken for a yeast infection, plus guidance on how to tell whether they may be the cause of your symptoms. And remember — if your discharge and itchiness are causing you concern, then it’s best to get checked out by a doctor.

Bacterial vaginosis happens when certain bacteria that live naturally within the vagina overgrow, displacing the protective bacteria that also live in the vaginal microbiome. This imbalance is often referred to as dysbiosis.

Without the protective bacteria keeping the vagina naturally acidic, vaginal pH rises and the disruptive bacteria can start causing symptoms such as abnormal discharge, fishy smell and, sometimes, soreness and itching. That said, itching is more commonly associated with yeast infections than BV.

A telltale sign of BV is discharge that has a strong, fishy smell — which may be especially noticeable after sex or menstruation. BV discharge may be off-white, grey or greenish in color, and thin and watery in consistency.

In comparison, vaginal discharge from a yeast infection is curd-like in consistency (often compared to cottage cheese), appears whitish-yellowish in color, and generally does not have a smell. In some cases though, the discharge might have a mild or “yeasty” smell, that might be slightly sweet or smell like bread.

You may have heard of BV, but you may not know about CV — short for “cytolytic vaginosis” — a condition caused when the “good” bacteria within the vagina, namely Lactobacilli, overgrow. ‍

Lactobacilli usually play a protective role by keeping harmful bacteria in check, but when they are too high in number they can bring on symptoms similar to those of a yeast infection, including itchiness and excessive thick, white discharge. ‍

This means that people with CV are often misdiagnosed with a yeast infection. Like many areas of vaginal health, there is limited research on CV, and officially, it hasn’t yet been classified as either an infection or an STI. What we do know is that CV doesn’t respond to antifungal medicines, which are a first-line treatment for yeast infections. So, if you have symptoms similar to a yeast infection but your symptoms don’t get better after taking these medications, you may want to speak with your doctor about CV.
‍

Most of us are familiar with the occasional itch or rash we get when our skin comes into contact with something it doesn’t like. Guess what? Contact dermatitis around the vulva is not that different. And it’s more common than you’d think!

Soreness, burning, and itching may be caused by an allergic reaction to something your vulva has come into contact with, such as certain soaps, perfumes, or lotions.

While it is not transmitted sexually, in some people contact dermatitis may be triggered by sexual activity that involves latex, ingredients in lube, or other substances used during sex. It can also be caused by a skin condition such as eczema.

While they share the symptom of itchiness, a key difference between an allergic reaction and a yeast infection is that the former does not cause changes in vaginal discharge — although some people may mistake the damp feeling of an irritated skin surface (via “weeping”) as discharge.

Also, allergic reactions tend to worsen with repeat exposure to the irritant, so it can be useful to keep track of what your vulva has come into contact with to help identify the cause.

As with BV, the discharge from herpes tends to be thin in consistency and have a fishy smell, which gets stronger after having sex. However, people with herpes can also develop small, painful blisters on their genitals, which can burst and leave red sores — symptoms that are not typically associated with BV or yeast infections. In some cases, people with herpes can also have flu-like symptoms, such as fever or swollen glands, whereas symptoms from a yeast infection are generally localized around the vulva and vagina.

If you are experiencing herpes symptoms, contact your doctor and make an appointment as soon as possible—fast treatment is essential for preventing any long term issues.  ‍

Genital warts may also cause itchiness around the genitals. And, because sometimes the lumps aren’t visible to the human eye, it may be easy to mistake the itchiness as a sign of a yeast infection. ‍

Caused by a parasite called Trichomonas vaginalis (TV), frequently abbreviated to “trich,” trichomoniasis is the most common STI that is not transmitted via a virus. Like a yeast infection, it can cause vaginal discharge and itching, however up to half of people with Trichomoniasis  have no symptoms at all.

Discharge caused by trichomoniasis often appears thick, thin, or frothy, and yellow-green in color. It may also have an unpleasant fishy odor.

Trichomoniasis can be difficult to diagnose because its symptoms are similar to other STIs — but a doctor or sexual health clinic can test for a range of different infections. ‍

Gonorrhea is an STI caused by the bacteria Neisseria gonorrhoeae, mainly found in vaginal fluid and in discharge from the penis. Gonorrhea affects the cervix and if untreated, can develop into pelvic inflammatory disease (PID). ‍

Gonorrhea can produce yellow vaginal discharge alongside other symptoms such as pain when peeing and irregular bleeding. It can be mistaken for a yeast infection, so it’s important to note that discharge from a yeast infection tends to have more of a cottage-cheese consistency and white-yellowish color.

Itching is also more commonly associated with a yeast infection than with gonorrhea. In fact, most people with gonorrhea won’t experience itchiness at all unless the infection spreads to their rectum.  ‍

Around half of cisgender women with gonorrhea will present with no symptoms at all, so it’s important to get tested for STIs regularly. ‍

Hemorrhoids are swollen lumps in or around the rectum and anus that contain enlarged blood vessels. Sometimes referred to as “piles,” they can cause pain and itching inside and around the anus.

This itchiness in the perianal area, the external area around the outside of the anus, can sometimes be misinterpreted as being due to a yeast infection; however, hemorrhoids do not cause abnormal vaginal discharge. Hemorrhoid symptoms such as blood appearing in stool and lumps around the anus are also not associated with a yeast infection.

If you are currently experiencing vaginal symptoms, getting checked out by your doctor is the best way to know for sure what’s causing them. In addition, monitoring your vaginal health symptoms can be helpful so you can recognize any changes if and when they occur.

Evvy’s Vaginal Health Test provides a breakdown of which bacteria and fungi are present within your vagina. Through testing with Evvy, you can see if certain bacteria or yeast increase or decrease over time and across different behaviors or partners, which can help you understand what’s up down there and make more informed decisions about your health. (Note that we don’t test for STIs or viruses!)