We go over the key differences between a yeast infection and a UTI, as well as other conditions with similar symptoms below, so you can have a better sense of what *might* be up down there. 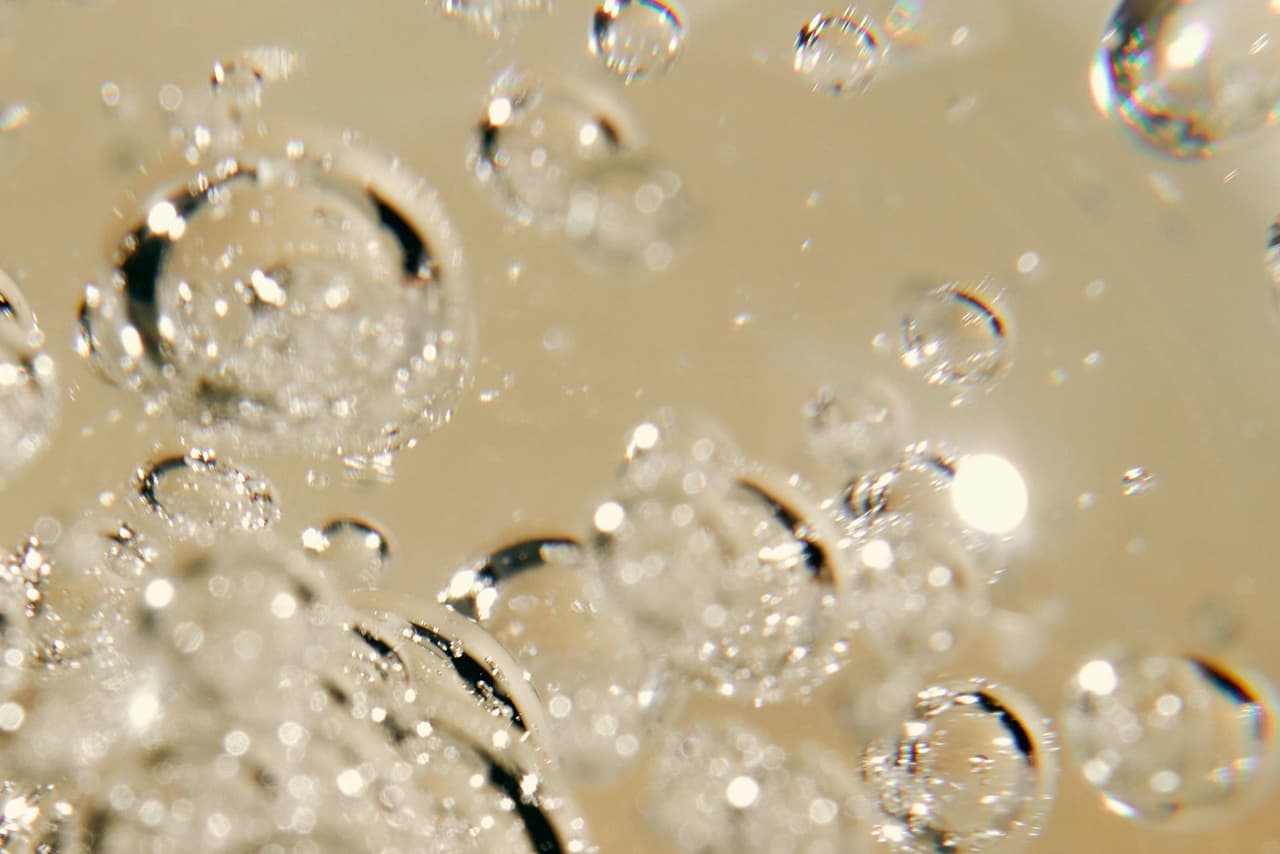 If you’re guilty of reaching for over the counter (OTC) antifungals, as soon as you feel a prickly vulva sensation come on — you’re not alone. That irritating itch is a yeast infection’s signature symptom and waltzing into a pharmacy, grabbing a suppository off the shelf, and popping it up there at home is simple enough. On the other hand,  booking an OB-GYN appointment and waiting, itchy and uncomfortable, is a bigger hassle.

If you find yourself in this position, you may wonder, could my symptoms be the beginning of a urinary tract infection (UTI) instead, then?

When experiencing vulva irritation, it’s not uncommon to suspect one or the other.

Yeast infections and UTIs are two of the most well known genital tract infections.  But, despite their shared frequency and name-brand recognition amongst people with a vagina, they typically don’t share that many symptoms.

We go over the key differences between a yeast infection and a UTI, as well as other conditions with similar symptoms below, so you can  have a better sense of what *might* be up down there.

What are the symptoms of a yeast infection?

A yeast infection is usually caused by an overgrowth of Candida albicans, a yeast strain, but other Candida strains can cause symptoms  too. It’s important to note that a weakened immune system, antibiotic use, uncontrolled diabetes, PCOS, insulin resistance, pregnancy, and damaged vulva skin make it easier for Candida species to multiply.

Symptoms of a vaginal yeast infection include:

OTC treatments not working? Your yeast infection may not be caused by Candida albicans.

Because OTC antifungals are only effective against Candida albicans, you might not find any relief with treatment if you have an atypical yeast strain. If you suspect that your yeast infections aren’t caused by Candida albicans, it may be helpful to try an Evvy test as it would pick up on atypical Candida strains, (plus any Candida strains present). You can also track yeast infection recurrences over time, to find out whether an atypical strain was just a one off or not.

What are the symptoms of a UTI?

Symptoms of a UTI include:

Recurrent UTIs and the vaginal microbiome

For some women, recurrent UTIs may be due to UTI-causing bacteria colonizing the vaginal microbiome and then traveling into the urethra. ‍

These pesky microbes include: ‍‍

If you’re someone who has struggled with recurrent UTIs, it may be worth testing your vaginal microbiome!

This can help illuminate whether a reservoir of disruptive bacteria in your vaginal microbiome could be contributing to your UTIs.

Additionally, there are a few things that can make it easier to develop UTIs that come back again and again including: menopause, a history of UTIs, and contraception.

Yeast infections and most sexually transmitted infections can both cause vulvar itching and soreness whereas typically , a vulvar itch isn’t a symptom of a UTI.

However it is possible to  have a UTI and yeast infection at the same time! To complicate matters even more, though rare, you can get a fungal UTI infection (rather than bacterial), with the same Candida strains that cause vaginal yeast infections — most commonly, Candida albicans. Stinging, burning or soreness when urinating is a key symptom of a UTI, and the one symptom it shares with a yeast infection.

If it’s not a Yeast Infection or a UTI, what else could it be?

Though they aren’t talked about as much, believe it or not, common vaginal infections can mimic the same symptoms as UTIs or yeast infection. These include:

Bacterial vaginosis (BV) is one of the most common vaginal infections in people with vulvas of reproductive age. In fact, it’s estimated that one in three American women will experience a BV infection at some point in their lives.

Common symptoms include a foul or strong fishy smell, especially after or during sex, and grayish, watery discharge.

Marketing and societal pressure has created the misconception that vulvas should look and smell sweet and fruity. It’s no wonder then that BV is less openly discussed and often stigmatized for its signature, fishy smell.

The truth is, anything that disrupts vaginal pH levels, and the vaginal microbiome’s balance, can result in BV.  Recently, the CDC pointed out that it is also sexually transmitted but more research into the effectiveness of partner treatment is needed.

With sex as a risk factor for BV, as it stands, misogynistic stigma around “cleanliness” and women’s sexual behavior already follows suit. We don’t need more stigma on that topic. What we do need is education and research that will teach people how to appreciate and care for their vaginas, regardless of the bacteria living in them.

How do its symptoms differ from a yeast infection?

While it isn’t usually a symptom of BV, some people do report experiencing itching. And though an increased amount of vaginal discharge can be common with all types of vaginal infections, a yeast infection is more likely to present with a thick, creamy (off yellow), cottage cheese-like discharge, than BV or an STI. You can read more about the difference between yeast infections and BV in our article, Bacterial Vaginosis vs. Yeast Infections: What’s the Difference?

BV is most often treated with antibiotics, which can often result in a yeast infection. Researchers still aren’t sure why this happens but it’s thought that healthy and unhealthy vaginal flora are wiped out by antibiotics — giving way to Candida overgrowth, because of the lack of Lactobacillus strains left though no single study has confirmed this theory.

The same review suggests that maybe antibiotics don’t impact lactobacilli at all. But instead, they trigger a change in the cells of the vaginal wall, which allows a Candida overgrowth to take place. However, more research is also needed to set this theory in stone!

The vulva and skin irritation

At the first sign of vulvar itching, we often suspect a yeast infection is to blame and with good reason as it’s the most common cause of vaginal and vulvar itching!

It just so happens that the second most common cause of vulvar itching — dermatitis (most often, lichen sclerosus or vulvar eczema) — isn’t as well known.

Because the skin of the labia minora is similar to the skin on the inside of the cheek, vulvar dermatitis does not present the same way it does on the rest of the body. For example, skin flaking, and redness might not be noticeable in the same way.

Laundry detergents, fabric softeners and scented products may be triggers for vulvar dermatitis, so try switching to an unscented soap if you suspect any of these could be a culprit! Genital hair removal, vitamin deficiencies, and the use of panty liners can also play a role, though only a small amount of evidence alludes to this.

Only using water to wash the vulvar area is the right method for most people, but for those who continue to experience dryness or irritation of the vulvar skin, ointments and emollients may help.

Thicker, greasier types of ointment creams are recommended for after bathing, to protect the area throughout the day. Try putting a thin ointment (like coconut oil, vaseline, or a silicone-based lubricant)and apply a thin layer (no slathering).  It all sounds a bit time consuming. It is, take it from someone who does this ‘cleanse and protect’ process every day (but finds it surprisingly effective).

Next time you’re about to clear the pharmacy shelves of vaginal suppositories, and UTI relief sachets, not so fast…

We’ll go out on a limb and say, most of the time, if you have a full blown UTI, you’ll know about it. That burning, bladder-doesn’t-feel-quite-empty, even though you’ve hit the restroom six times in the last hour, feeling, is almost unmistakable. If you’re not so sure though, don’t automatically charge towards the pharmacy shelves, hunting for yeast infection treatment (perhaps, unnecessarily), either (though it’s unlikely to cause any harm, other than to your wallet).

An itchy, irritated vulva could be caused by a number of things, like dermatitis. While unusual, excessive discharge could be any type of vaginal infection, from a yeast infection, to BV or an STI. Or possibly, a normal shift in discharge consistency as your menstrual cycle goes through the motions. 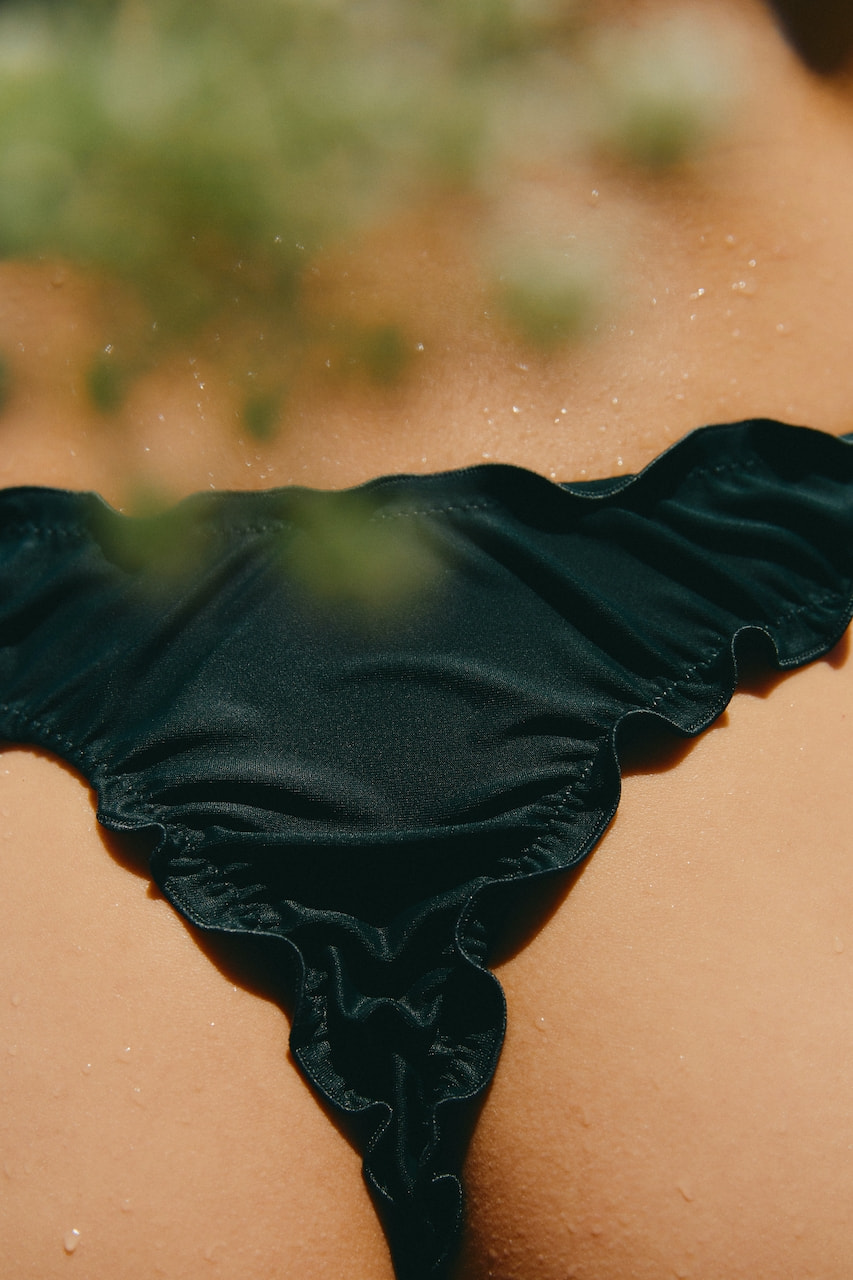 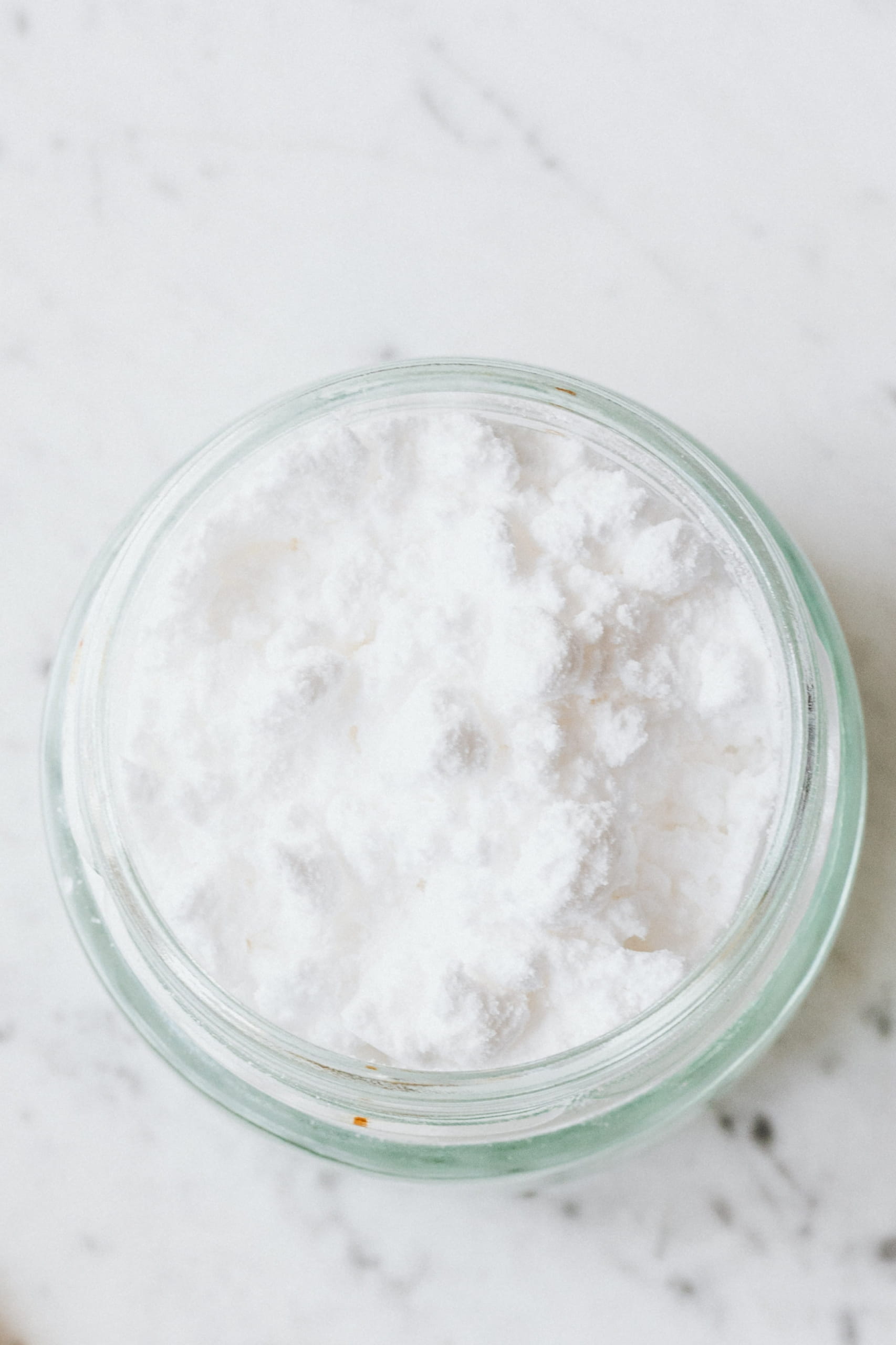 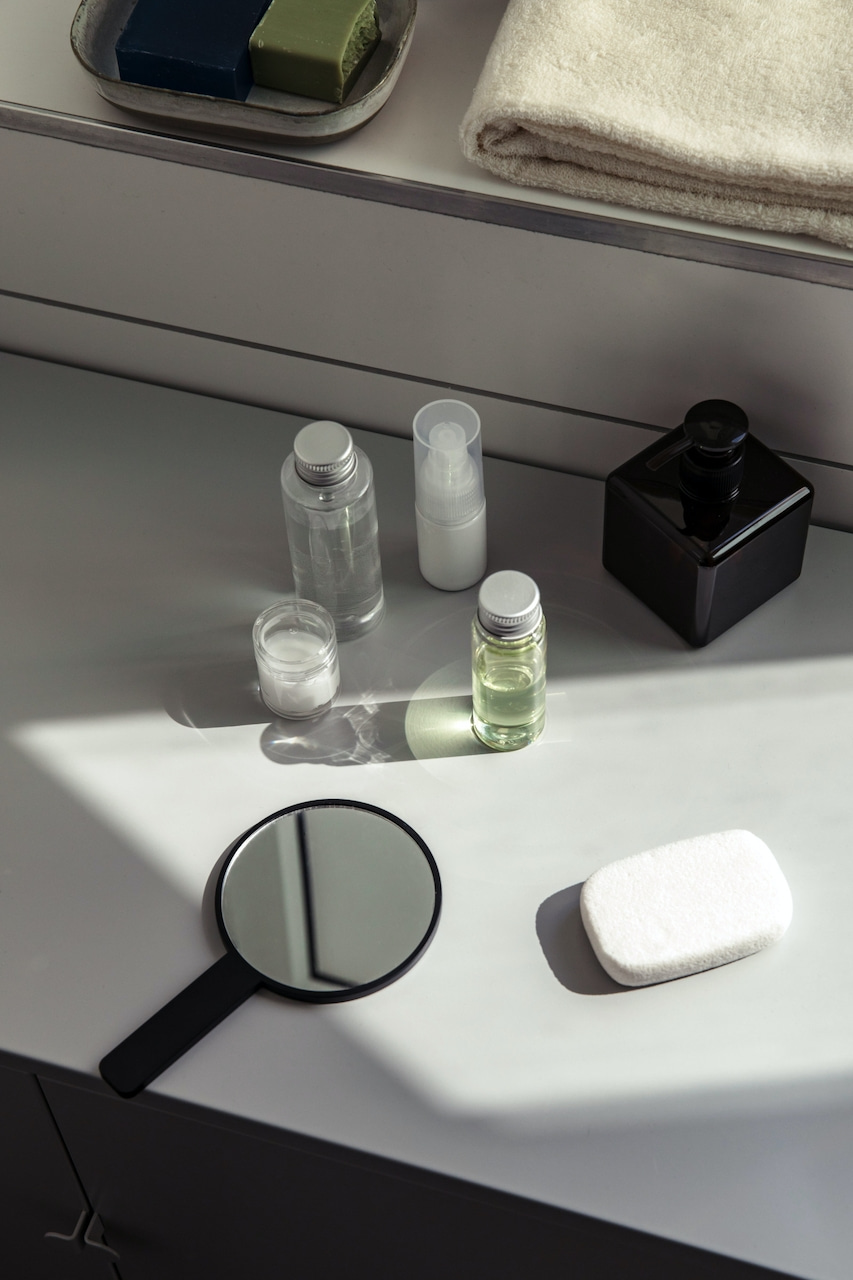