$10 off your first test with code GIVINGWKND
+ Evvy will donate $10 to a non-profit of your choice after checkout! 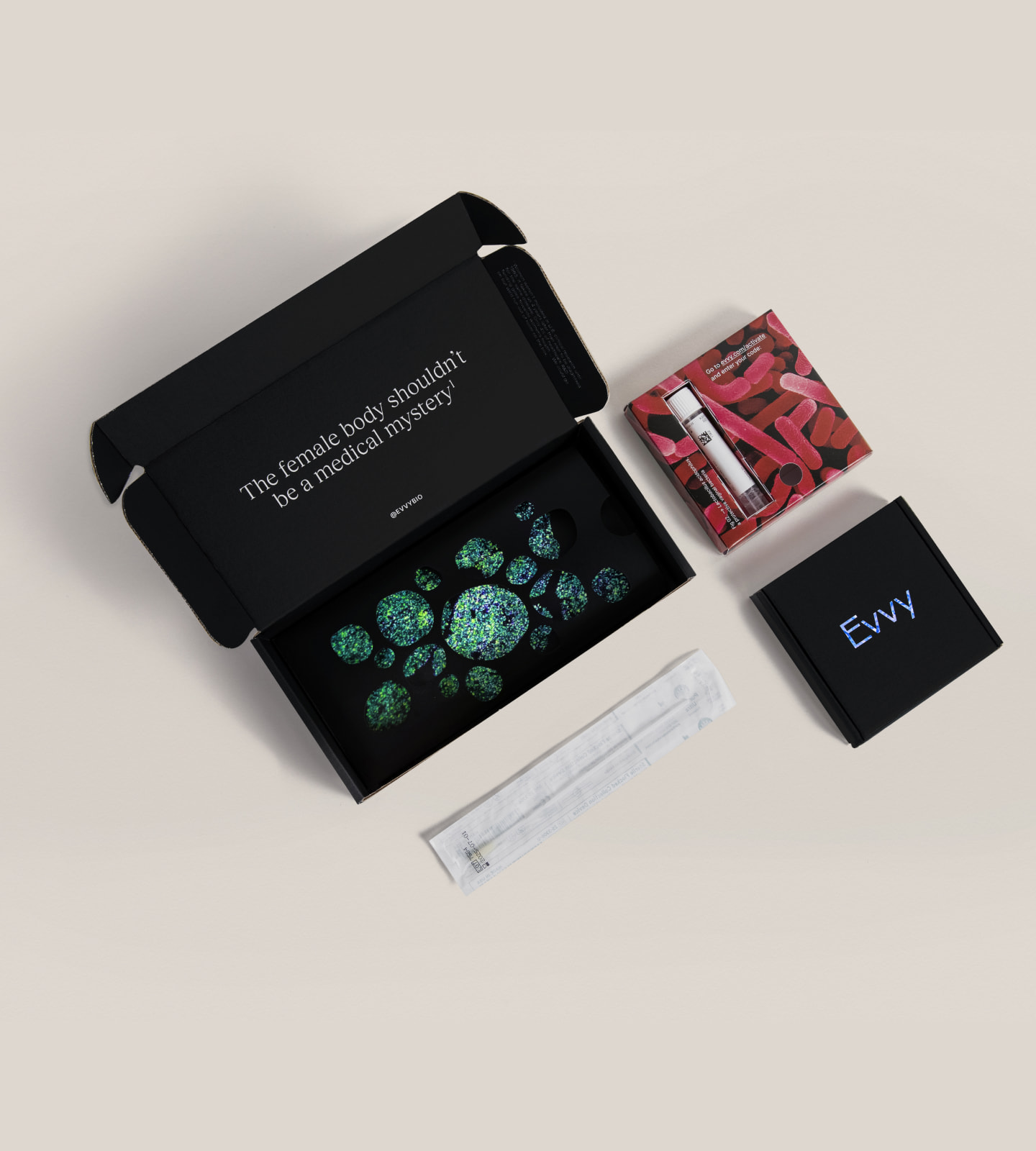 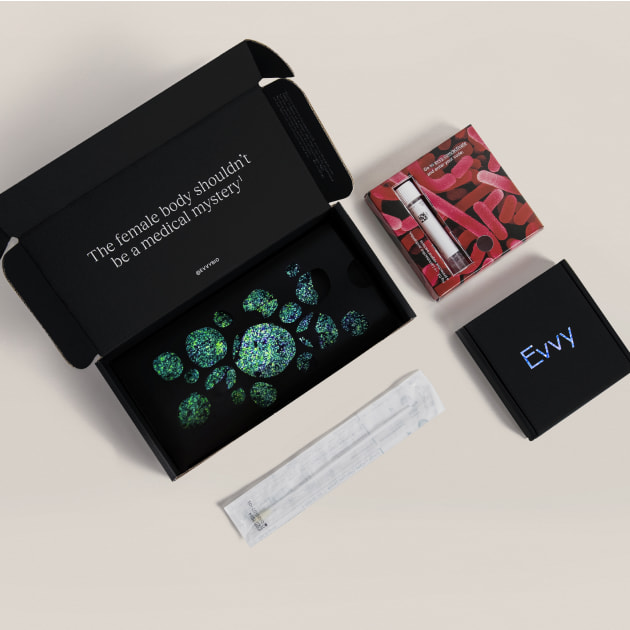 Our at-home vaginal microbiome test is the most comprehensive available and backed by leading OB/Gyns.

Free shipping • HSA / FSA accepted
Thank you! Your submission has been received!
Oops! Something went wrong while submitting the form.

UPDATE: Our launch was met with incredible demand — we’re currently sold out. Want to be first in line for the new batch? Reserve your test by pre-ordering below!

"I would 100% recommend this to anyone experiencing any discomfort or recurring problems. The lack of research and knowledge in this field is appalling, and Evvy is filling a much needed gap.

"After several years of suffering from chronic UTIs, I finally have an explanation that no doctor has been able to offer me in the past. Because of Evvy, I now have an “action plan” to work on with my doctor...that will hopefully keep me UTI-free!"

"I did my first Evvy test more out of curiosity than because of a specific symptom. I learned a lot of what I considered "normal" was actually problematic and could cause long term issues for me. Once I was armed with the data from Evvy, I was able to make a plan with my doctor to get my vaginal health back on track." 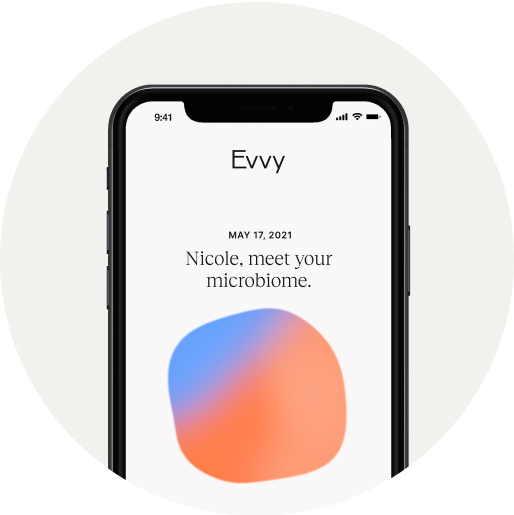 We use next-gen sequencing to tell you what microbes are present — including all bacteria and fungi. 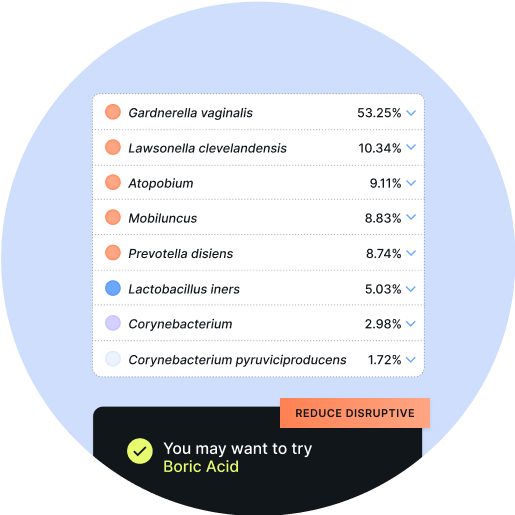 We give you much more than just numbers — our personalized reports give you actionable education and recommendations. 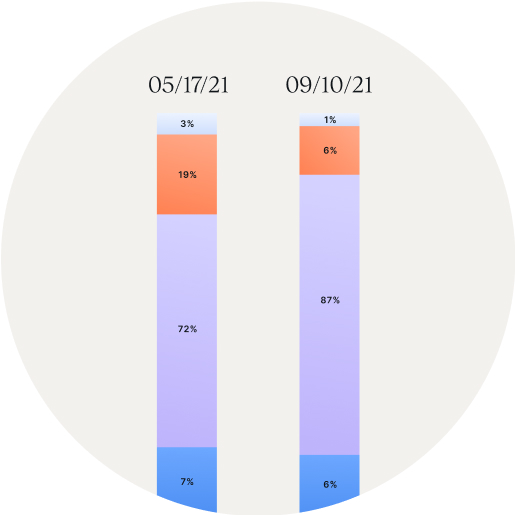 By retesting, you can see how treatments and lifestyle changes affect your unique microbiome. 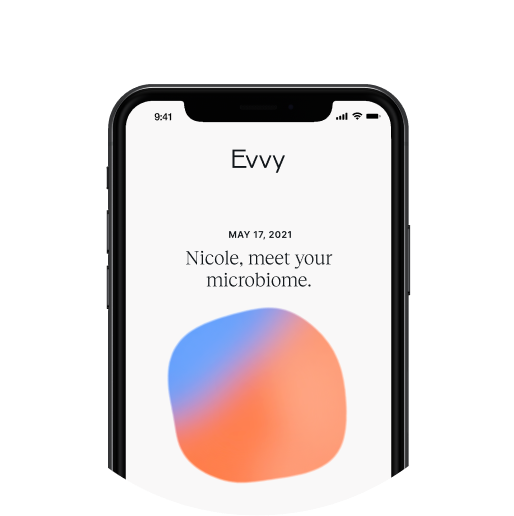 We use next-gen sequencing to tell you what microbes are present — and which protective bacteria might be missing.

We give you much more than just numbers — our results give you personalized and actionable recommendations. 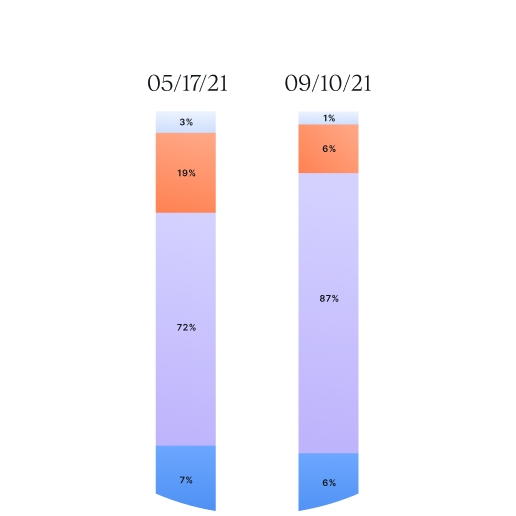 By retesting, you can see how your interventions and lifestyle changes are affecting your microbiome.

Why test your vaginal microbiome? 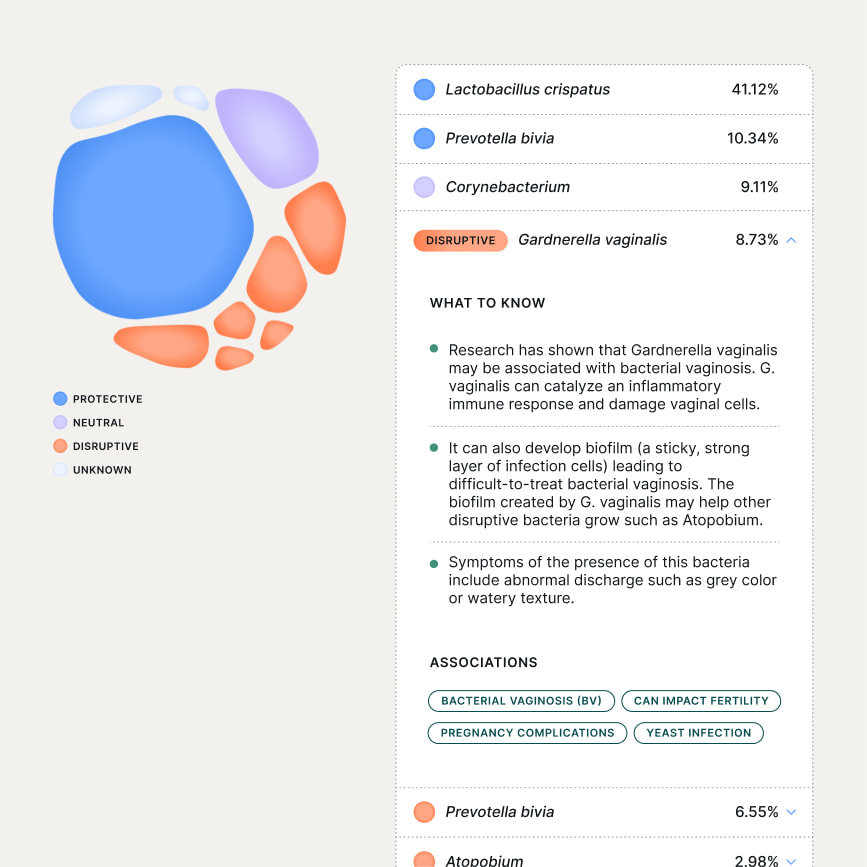 01.
The composition of your vaginal microbiome is associated with everything from recurrent infections to infertility to preterm birth and more. 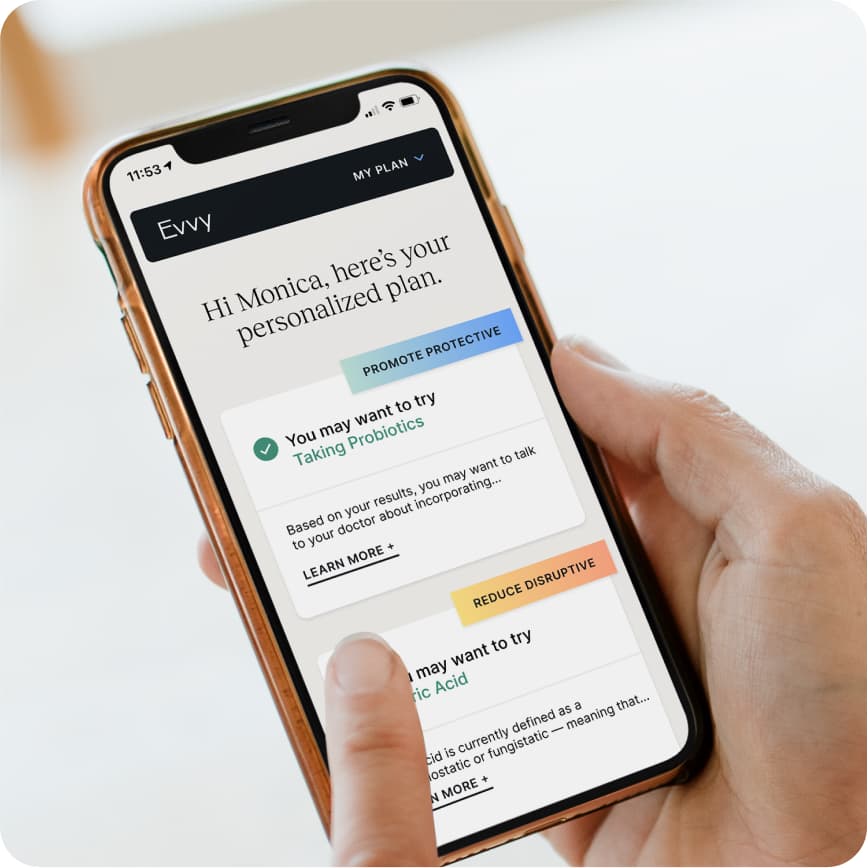 02.
Our personalized reports include actionable insights and recommendations for probiotics, lifestyle changes, and more based on your unique health context. 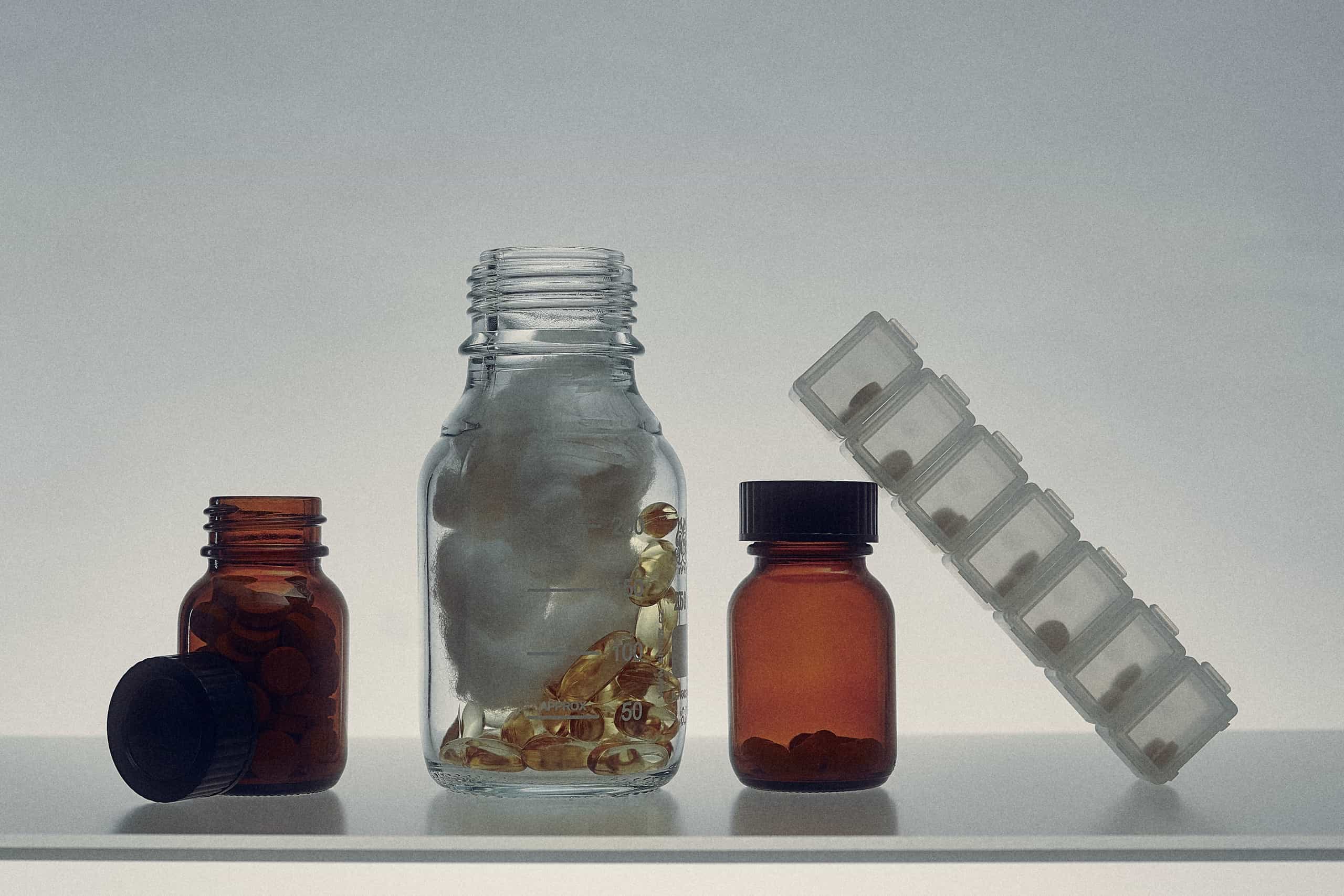 03.
Learn what actually helps balance your microbiome by testing over time — so you can get your time and money back.

04.
All Evvy results are anonymized and combined into a research set that providers and researchers can use to transform how we diagnose and treat conditions in the female body.

01. ⟶ Understand your symptoms and risks for critical health challenges.

02. ⟶ Get personalized reports based on your results.

02. ⟶ Get personalized reports based on your results. 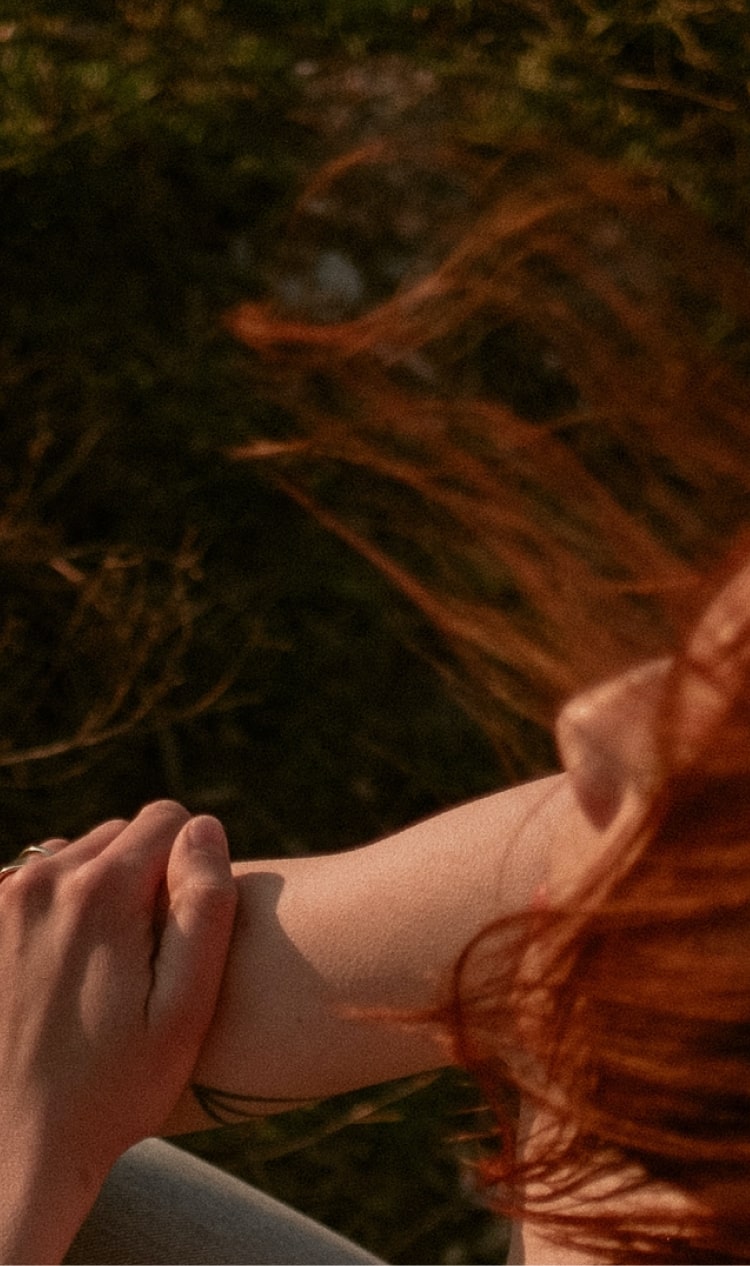 Curious about our test results?

Enter your email below and we’ll send you an example of our results experience — so you can see what we mean by comprehensive and personlized reports.

Your vaginal health can be costly, but it doesn’t have to be.

Still Curious?
We have answers.

Yes — Evvy tests are analyzed in a U.S. laboratory that is certified by CLIA standards. A CLIA certified lab must meet strict quality standards and ensure both the accuracy and validity of your results.

Evvy’s Vaginal Health Test is eligible for reimbursement by most HSA and FSA plans, but we can't guarantee coverage because every plan is a little different. Check in with your plan to make sure Evvy fits their guidelines. You can obtain an itemized receipt, as long as your kit is registered, by contacting our care team support@evvy.com.

What bacteria and microbes does an Evvy test look for?

All of them! Unlike some traditional health tests, Evvy is an exploratory analysis that uncovers everything that’s present instead of looking for particular pathogens.

This means we can identify bacteria like Lactobacillus crispatus, Lactobacillus iners, Mycoplasma, Ureaplasma, Gardnerella, and more, in addition to fungi like Candida albicans and Candida glabrata. We can even get to the species level of Candida and Lactobacillus, so you have the highest fidelity answers on your health.

What do you mean by “next gen sequencing”?

Next generation sequencing is a powerful, modern tool for analyzing DNA and RNA. Evvy is the first and only consumer test on the market to use metagenomic sequencing to analyze the vaginal microbiome, enabling us to sequence the entire genome and uncover all bacteria and fungi present.

Unlike other 16S "next-gen" sequencing tests that only look at specific variable regions, metagenomics allows us to uncover the proportional amounts of all bacteria and fungi in your microbiome. Most doctor’s offices actually use an even lower fidelity form of testing, called PCR, to return a binary “yes/no” on the presence of certain bacteria.

Can I discuss my results with my doctor?

Definitely! We highly recommend discussing all your symptoms and Evvy test results with your providers. You will be able to download your results to share with your care provider. The download also includes a brief explanation of the test, lab validity, and results section to introduce your provider to the Evvy test.

What are the age restrictions on this Evvy test?

You must be 18 years or older to purchase an Evvy test. Folks under the age of 18 will not be able to create an account or receive results.

We fiercely protect your privacy every step of the way — and we will never sell your data. Evvy implements several physical and technical security measures to ensure confidentiality, integrity, security, and availability of Evvy and customer data by employing industry standard safeguards such as de-identification, pseudonymization, encryption, and data segmentation.

How long does it take to get results?

Our Vaginal Health Test is the only test on the market to use a high-fidelity sequencing process called metagenomics to analyze your results. Since this process is intensive, results typically take 2-3 weeks to get back once they arrive at our lab.

Do you ship internationally?

At this time, Evvy is only available in the U.S, but we hope to expand our reach in the future! Follow us at @evvybio or sign up for our newsletter to stay up to date on all things Evvy, including new market launches.

Can I refund a test kit?

We offer a full refund for test kits if an order is canceled within twenty four (24) hours of purchase.

If a refund is requested after 24 hours but within 14 days of purchase of a Vaginal Health Test, and if the sample is not returned to Evvy, we offer a refund in the amount of the test kit purchase price minus a $25 (USD) processing fee. The shipping and handling costs plus tax (if any and where applicable) are non-refundable.

No refunds are available after 14 days of purchase.

To request a refund, please send an email to the Evvy Care team at support@evvy.com with your order number.

How do I cancel my Evvy membership?

If you want to pause or cancel your Evvy membership, you can do so at any time by emailing cancel@evvy.com.