What are the vaginal microbiome community state types? 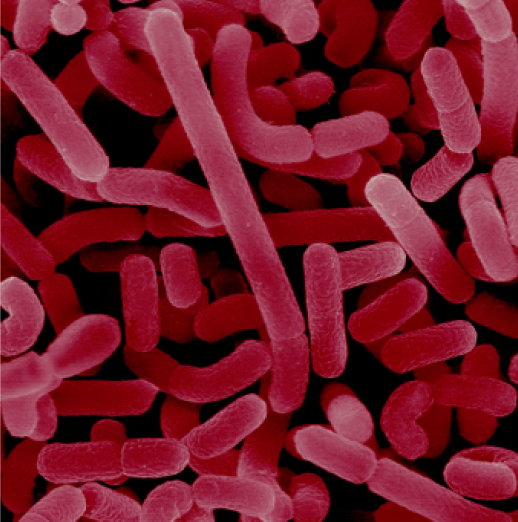 While every vaginal microbiome is unique, research has shown that most vaginal microbiomes fall into one of 5 general categories, sometimes called "Community State Types” (CSTs). While research on the types is evolving, they can be a helpful way to get a sense of the symptoms and health outcomes that may be associated with each type of result.

The main difference between the CSTs is the species and amount of Lactobacillus, a bacteria that plays a critical role in the vaginal microbiome.

Lactobacilli ensure that the vaginal environment is inhospitable for potential pathogens in a variety of ways:
‍

That said, as you will see below, there are many subtypes within these communities, and results at the individual level vary even further.

We believe that with more research, additional types will emerge, and our understanding of what is “common” will expand. For now, these classifications are a helpful way to get a sense of the symptoms and health outcomes that are associated with each type.

Type 1 is considered the healthiest type, since research has shown that it is the most successful at preventing infections like BV, STIs, and UTIs. This type is also shown to have the lowest risk for other health complications, such as infertility, pelvic inflammatory disease, neonatal issues, toxic shock syndrome, and more.

The key bacteria in Type 1 is Lactobacillus crispatus. L. crispatus comes with all of the aforementioned benefits of Lactobacilli, but it is especially helpful due to its unique ability to produce a high amount and a specific type of lactic acid (D-lactic acid). This type of lactic acid ensures that Type 1 vaginal microbiomes maintain an acidic environment (ph<4.5) and can successfully prevent pathogens from taking hold.

Within Type 1, there are two subtypes (Type 1-A and Type 1-B). The only noticeable difference between the two is that Type 1-A has a higher percentage of L. crispatus than Type 1-B. While having more crispatus is likely more beneficial, both of these results are highly protective.

Type 2 is also deemed to be a healthy vaginal community state type, dominated by a different species of Lactobacillus, L. gasseri.

Similar to L. crispatus, L. gasseri also produces D-lactic acid, one of the most effective types of lactic acid for maintaining a low and healthy vaginal pH. However, research has shown that it produces slightly less lactic acid than L. crispatus, and, in some instances, has been found to share space with other pathogens. This means L. gasseri might not be as protective of a Lactobacillus species as L. crispatus.

Regardless, research shows that Type 2 vaginas have a strong defense against pathogens and a decreased risk of developing infections such as bacterial vaginosis, UTIs, and STIs. Type 2 has also been associated with a lower risk of other health outcomes, such as infertility, pelvic inflammatory disease, neonatal issues, toxic shock syndrome, and more.

While Lactobacillus species are generally viewed as protective, an L. iners-dominated vaginal microbiome is considered to be less stable than the other Lactobacillus-dominated types, since L. iners can be a bit of a shapeshifter. If it is found in the microbiome alongside a diverse collection of disruptive bacteria, it can cause symptoms like itching and unusual discharge. Alternatively, if L. iners is found in combination with other protective Lactobacilli, it seems to act neutral or even protective.

L. iners provides protection by taking up space on the vaginal wall and producing L-lactic acid, both of which help limit the growth of pathogens. The L-lactic acid helps keep the pH in the vagina low and healthy. However, L-lactic acid is less effective than other vaginal lactic acids at maintaining an acidic environment, so a higher number of Lactobacillus iners are required in order to maintain a healthy pH.

Some research has shown that L. Iners is less protective against STIs and pregnancy complications compared to other Lactobacillus species due to its instability and ability to cause symptoms alongside other disruptive bacteria.

There are two subtypes for Type 3: 3-A and 3-B. The only noticeable difference between the two is that Type 3-A has a higher percentage of L. iners than Type 3-B. The research to date has not shown that either of these is necessarily more protective than the other, given the versatile nature of L.iners. Rather, it is important to consider the other bacteria present (are they protective vs. disruptive?) and someone’s symptoms when assessing the health of a Type 3 result.

Type 4 is characterized by a low abundance of Lactobacilli and a high diversity of other bacteria. Without the dominance of a Lactobacillus species, this community state type can be associated with dysbiosis and can enable a potentially unstable environment.

A less stable vaginal environment can be more prone to recurrent infections. Studies have found that a high microbial diversity may increase someone’s risk of adverse health outcomes such as pregnancy complications, STI acquisition, and pelvic inflammatory disease.

That said, being in Type 4 may be cause for consideration - and potentially care - but not concern. The vaginal microbiome changes often and can be influenced by  medication, supplements, behaviors and more.

Additionally, not all vaginas characterized as Type 4s are made up of the same bacterial communities. Type 4 has been divided into 3 subtypes based on the presence of different proportions of specific bacteria:

Subtype 4A is characterized by a high to moderate proportion of BVAB-1 and Gardnerella vaginalis. This result can be associated with bacterial vaginosis, and the presence of BVAB-1 may play a role in the recurrence of BV.

Subtype 4B is characterized by a high to moderate proportion of Atopobium vaginae and Gardnerella vaginalis. When A. vaginae team up with G. vaginalis, they can be main suspects for bacterial vaginosis. These bacteria might also be responsible for an elevated pH, abnormal vaginal discharge, and increased inflammation.

Subtype 4C has been further divided into 5 subtypes:

Most of the research has not accounted for subtypes within Type 4, but rather grouped them together, allowing the disruptive results to overshadow any other compositions that may be more nuanced, or even healthy. Moreover, given the racial differences among types (black and hispanic women are much more likely to be a Type IV) we are hesitant to keep things this simplistic as claiming Type IV is a concerning result.

Although Lactobacilli dominance is a sign of what research knows to be “normal and healthy,” we believe there is insufficient research to assume the opposite—low numbers of Lactobacilli are directly equated to “unhealthy”.

For this reason, we want to empower individuals with all the information. There are currently risks associated with this type, but there is probably more to the story (which we will be able to uncover with our data over time!).

Type 5 is deemed to be a healthy vaginal community state type, dominated by a different species of Lactobacillus, L. jensenii.

L. jensenii create a protective and stable environment by taking up space on the vaginal wall and producing antimicrobial bacteriocins. Similar to L. crispatus, L. jensenii also produces D-lactic acid, one of the most effective types of lactic acid for maintaining a low and healthy vaginal pH.

Although Type 5 is quite rare, it is associated as one of the healthiest dominant strains. Interestingly, it has been observed in less than 10% of vaginas in clinical research studies to date.

Research has shown this to be one of the most protective types in preventing infections like BV, STIs, and UTIs. Subsequently, Type 5 is also linked with very low risk for health issues such as infertility, pelvic inflammatory disease, neonatal issues, toxic shock syndrome, and more.

While knowing your vaginal microbiome type is incredibly helpful information for understanding your health risks, it is also always changing. Unlike genetic results, which are static, microbiomes are dynamic and can reflect progression towards or away from disease. They can shift not only across years, but even from one week to the next.

There are multiple reasons that the vaginal microbiome changes over time. Your day to day behaviors -- such as trying new birth control, medications, supplements, sexual partners, smoking, or vaginal products -- can influence its composition. The vaginal microbiome is also affected by hormones, shifting when someone gets their first period, pregnancy, and menopause.

Given its dynamic nature, if your vaginal microbiome isn’t in an ideal state, it might be cause for consideration -- and possible care -- but not concern.

When it comes to the vaginal microbiome, knowledge is power. By keeping tabs on its composition, you can catch potential imbalances early, giving you the chance to proactively take action to promote the protective bacteria and prevent the disruptive bacteria from taking hold.