Is Lactobacillus iners Protecting or Disrupting My Microbiome?

Everything to know about the most finicky species of lactobacilli found in the vaginal microbiome and what it means if your microbiome is dominated by L.iners. 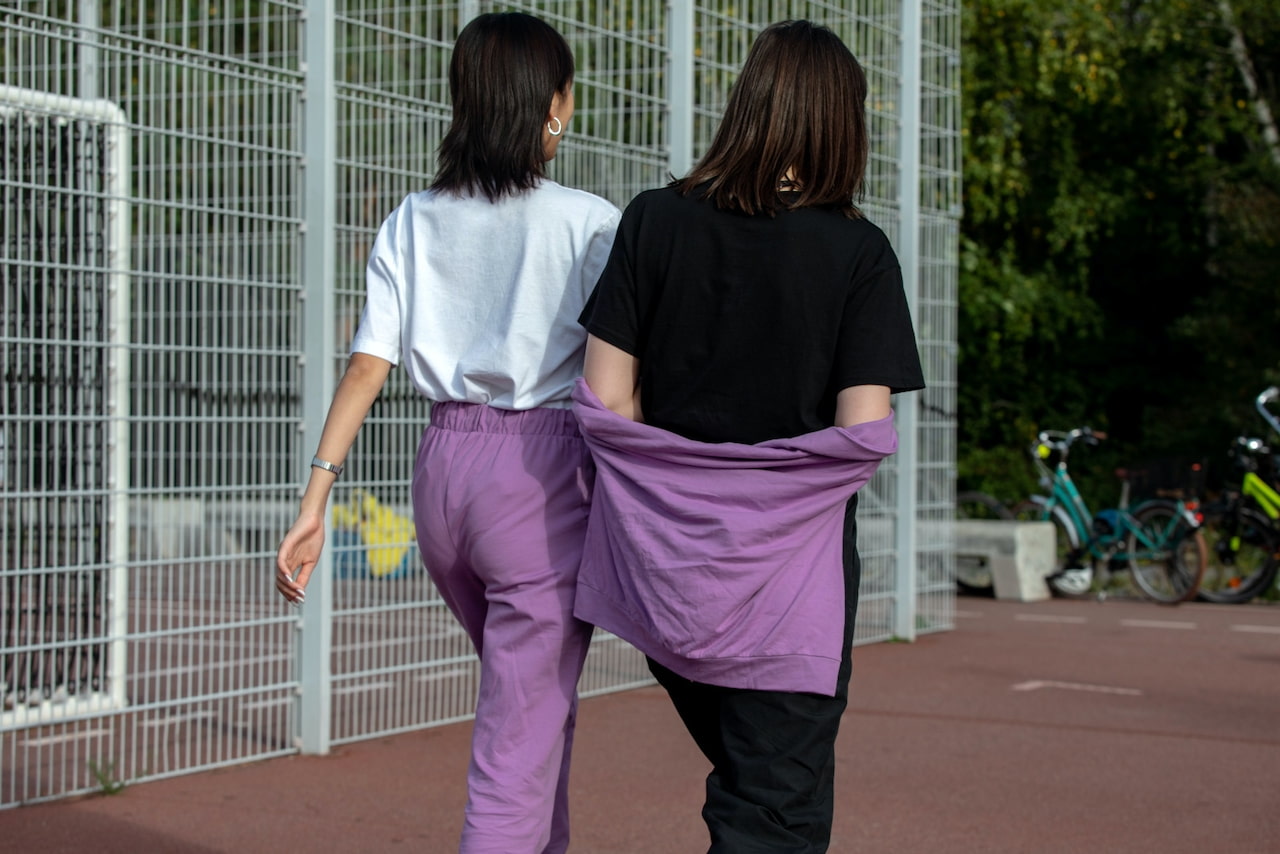 Lactobacilli are often heralded as the local heroes of the vaginal microbiome. But it turns out not all Lactobacillus are created equal — especially when it comes to Lactobacillus iners (L. iners).

One of our favorite vaginal health influencers, Roxanne Ramsey, once compared L. iners to a college roommate: if you get along, your living situation is going to be amazing. If you don’t, things are going to go downhill fast.

Roxanne is referring to the shape-shifting nature of L. iners, a bacteria that seems to act “protective” when it's around other protective bacteria and problematic when it's around disruptive bacteria in the vaginal microbiome. It also tends to be found in higher levels when your vaginal microbiome is transitioning, whether that’s due to the normal fluctuations with the menstrual cycle, or if the microbiome is transitioning in or out of a dysbiotic state like bacterial vaginosis.

While the research on Lactobacillus iners is still nascent, we’re covering everything you should know about the most finicky species of all the lactobacilli found in the vaginal microbiome and what it means if your microbiome is dominated by L.iners.

Lactobacilli: the local heroes of the vaginal microbiome

Let’s start with the basics: Lactobacillus is a genus of bacteria found in the human body in places such as the gut, skin, and urinary tract.

More relevant to us, lactobacillus is often the most abundant (and protective!) bacteria found in the vaginal microbiome.

This is because it helps maintain vaginal health in a variety of ways:

What is Lactobacillus iners (L. iners)?

It’s also the type of Lactobacillus that characterizes Community State Type (CST) III vaginal microbiomes, the CST that seems to be most susceptible to changes (both positive and negative!).

(Quick reminder that vaginal microbiomes fall into one of five Community State Types, four of which are defined by their type of Lactobacillus dominance)

What makes L. iners different from other Lactobacillus species?

The short answer is, a number of things.

It’s hard to detect under a microscope

L. iners can literally look physically different from other lactobacilli under a microscope. This can make it difficult to identify L.iners with diagnostic processes that rely on the shapes of microbes in order to determine if someone has an infection.

A classic example of this is the Nugent score, a diagnostic process that came about in the early 90’s. To determine someone’s Nugent score, a clinician will look at a stained vaginal smear under the microscope and count the number of different types of cells present (based on their shape) to determine the patient’s Community State Type.

Despite being the “go-to” test for BV diagnosis, the Nugent is not very good at picking up trickier-to-spot microbes, such as L. iners. That means that someone with L. iners might get a worse Nugent score, when they really are healthy.

L. iners relies on other nutrients from the vaginal microbiome to survive

Compared to other lactobacilli, L. iners has more genes to acquire outside nutrients, meaning it makes fewer of its own nutrients and instead relies on scavenging nutrients from its environment (aka the vaginal microbiome) to survive.

L. iners is sometimes referred to as the “ultimate survivor” of the vaginal microbiome — given its ability to scavenge for a variety of nutrients, it often survives when other microbes don’t (which may be why we see it during times of transition, like after taking an antibiotic).

L. iners doesn’t keep the vaginal environment as acidic as other lactobacilli

L. iners is the only major vaginal lactobacilli that doesn’t produce any D-lactic acid. Always the rebel, it also produces lower amounts of hydrogen peroxide.

Therefore L. iners has a reputation for being less protective compared to the rest of the L-squad.

Does L. iners cause BV?

Now that you know L .iners steals to survive (don’t knock the hustle) and produces few protective molecules, you may be wondering if it makes bacterial vaginosis more likely.

Like most things with the vaginal microbiome, the answer is complicated.

There isn’t any evidence that proves L. iners causes bacterial vaginosis (BV), on its own. However, there is evidence of L. iners being present within the vaginal microbiome when a BV infection is at play (which is less common with other species of lactobacilli). So you’re not alone if your Evvy results show higher amounts of disruptive bacteria associated with bacterial vaginosis and higher levels of L. iners!

L. iners is often found during transitions in your vaginal microbiome

BV isn’t the only vaginal storm L. iners sticks around for. In fact, an L. iners dominated microbiome is more prone to big shifts than an L. crispatus dominated one. For example, having L. crispatus makes you less likely to have disruptive microbes present, but the same cannot be true for L. iners. Studies show L. iners stays put when shifts take place in your vagina’s microbial community.

L. iners is often found when someone is transitioning in OR out of an infection like bacterial vaginosis, a yeast infection, or an STI.

Additionally, studies have shown that it is normal to fluctuate between L. crispatus and L. iners throughout the menstrual cycle. Specifically, L. iners is often present in higher levels  during your period, when the pH of your vagina is often elevated due to the presence of menstrual blood (which has a higher pH than a healthy vaginal environment) —it’s like spring break for our rebellious microbes, but every month!

Other species of Lactobacilli (like L. crispatus) work hard to keep the vaginal environment acidic (and therefore stable) by not letting other, more disruptive microbes overproduce. L. iners, on the other hand, seems more likely to ride the waves of a shift in vaginal flora, making it resilient in its own way.

Why does this happen? Well L. iners simply prefers to get along with other microbes than to enforce rules. So, it’s more likely to stick around: infection or no infection.

And while L. iners may get the award for “most chill,” this also means it’s probably not going to kick the microbes causing a ruckus out or worse, stop them from trashing the house.

Why would I have Lactobacillus iners in my vaginal microbiome?

If you have L. iners present, you are far from alone! In fact the study that first introduced the concept of vaginal CSTs back in 2011 (we told you research on vaginal health is lagging) highlighted that 83.4% of women have detectable L. iners in their microbiomes. However, only 34.1% of these women were in CST III, or a vaginal environment that is dominated by L.iners.

This study also suggests that when Black or Hispanic women have Lactobacillus dominated microbiomes, it’s usually L. iners. Why? Unsurprisingly, this is another important question that needs better research!

Is there a link between L. iners and sex?

Multiple sexual partners may be linked to higher levels of L. iners

A recently published study looked into lifestyle factors and L. iners abundance. It loosely suggests that having “two or more sexual partners in the last 12 months” may be linked to higher levels of L. iners. This makes senses because we know that sex, particularly sex with a new partner, can alter the vaginal microbiome and that L. iners is usually stable in times of flux. So it could be that L. iners dominance is simply a sign that your microbiome is changing.

Condom use may help prevent high levels of L.iners

In addition to its “multiple sexual partners” finding, the study shares that condom use is the biggest influencing factor on L. iners abundance. Those who used condoms were the least likely to have microbiomes with high levels of L. iners.  This is understandable, if not unsurprising given that condom use also helps protect against BV.

Having said all of this, we want to stress that the jury is still out on whether L. iners dominance is necessarily a bad thing. Like we said, L. iners is the “ultimate survivor” of the vaginal microbiome, so its presence could simply be a signature of a change.

The same study mentioned above also found an interesting relationship between higher levels of L.iners and the microscopic detection of Candida on vaginal smears.

What should I do if I have Lactobacillus iners in my vaginal microbiome?

Don’t be alarmed, especially if you aren’t experiencing any uncomfortable symptoms.

L. iners dominance, or being in CST III, does not mean your microbiome is in dysbiosis.

Back to the college roommate analogy, L.iners is a bacteria that’s susceptible to chance: if it is consistently surrounded by protective bacteria, things are likely to be fine! But if disruptive bacteria comes around, having an L. iners dominated microbiome means you may become more susceptible to vaginal microbiome disruptions.

By this logic, if you slot into Community State Type III, it won’t hurt to be a bit more mindful when it comes to your health. This includes using protection when having sex, only cleaning your vagina and vulva with water, ditching the douche, and passing on feminine hygiene products and sex aids that promise to “heat” things up, figuratively and chemically (though we know it can be tempting to try the tingly lubes).

Given that L. iners is often found during times of transition and is susceptible to changes, it may be helpful to keep closer tabs on your microbiome to make sure it doesn’t start to slip into dysbiosis. 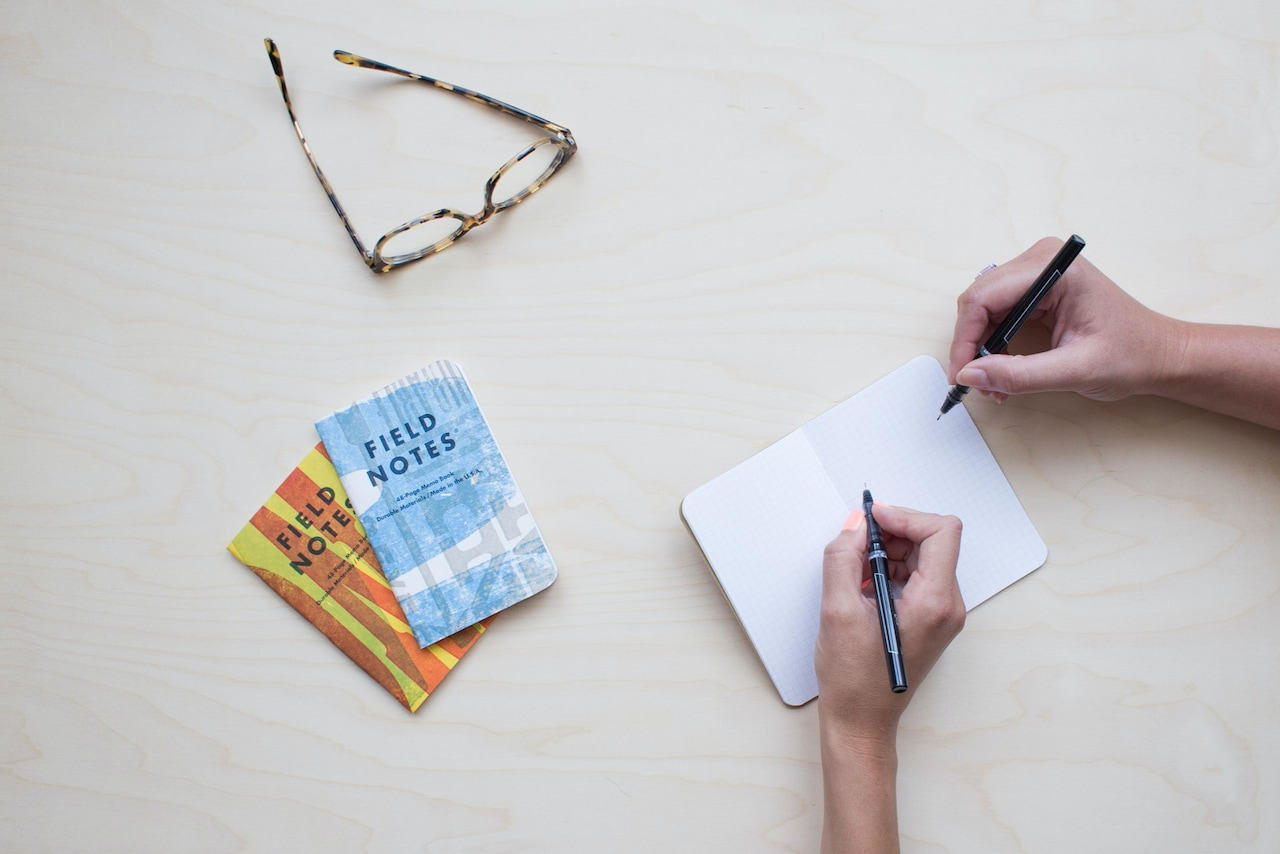 What are the different vaginal testing types available, what can they tell you, & where do you get them? Learn the pros and cons of the methods used today. 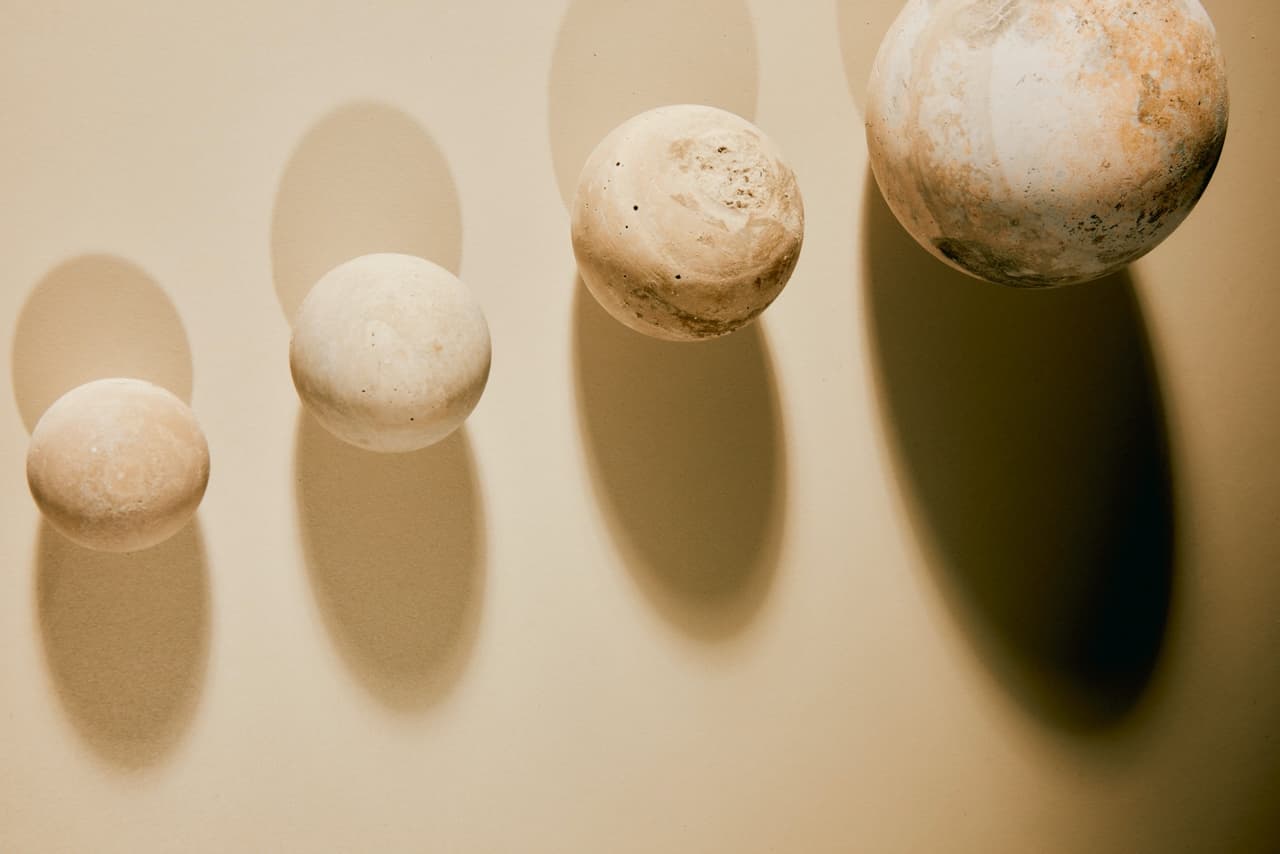 Bacterial vaginosis (BV) and yeast infections are two very common vaginal conditions, but it can be tricky to tell them apart. Read the article to learn about their key differences 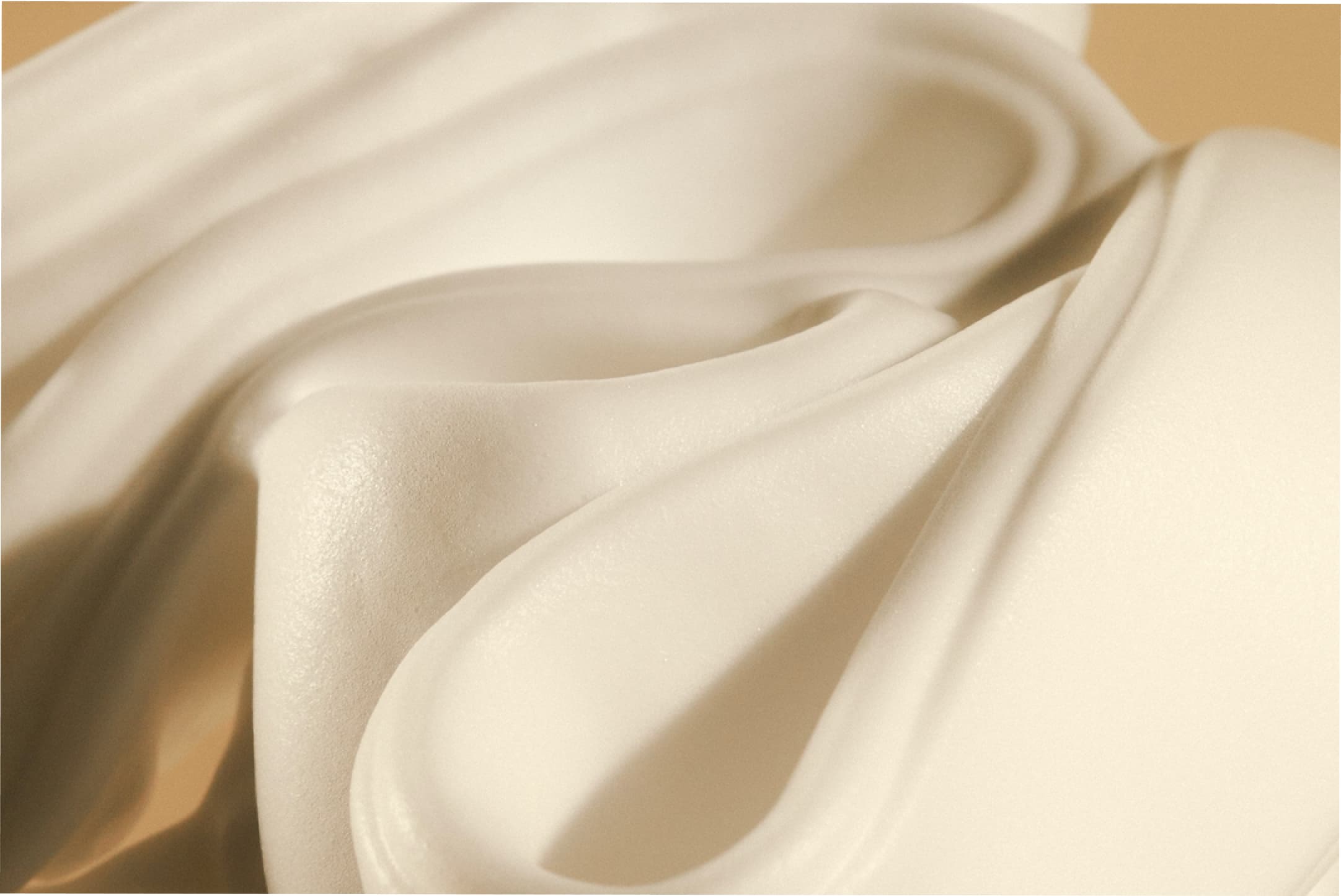 What Is a Yeast Infection?

From symptoms to diagnosis to treatment, learn everything you ever wanted (and needed) to know about yeast infections.