Why Are My Tests for Bacterial Vaginosis and Yeast Coming Back Negative if I Have Symptoms?

Evvy's Senior Scientist, Krystal Thomas White, PhD explores the different reasons behind why you could be having vaginal symptoms but none of your tests are positive. 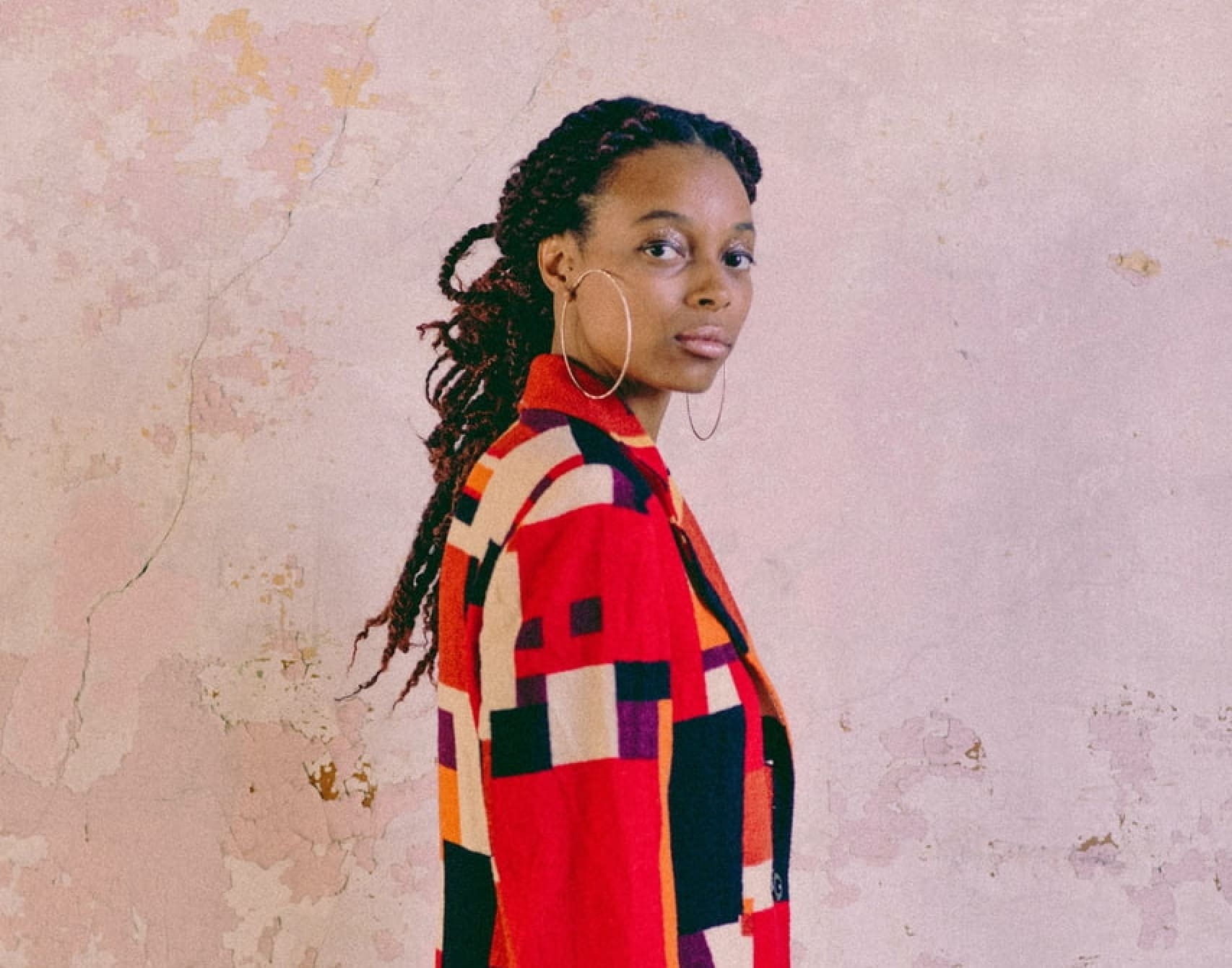 Burning, itching, odor, unusual discharge. Pain while urinating and during sex. You know something is up down there, but when you go to your doctor to get tested, all of your tests come back negative.

At this point, you may be thinking “WTF”— how can I have symptoms when none of my tests are positive?

Well, you’re not alone. Countless members of Evvy’s community report having similar experiences, which is not surprising given the state of vaginal healthcare today (thanks again, gender health gap).

From a lack of education to limited testing, there are many reasons why you may be experiencing symptoms yet missing a diagnosis. Evvy’s Senior Scientist, Krystal Thomas-White, PhD, walks us through them below.

Traditional testing methods could be to blame

The tests available at most doctor's offices are either extremely broad or extremely specific. A vaginal pH test or whiff test is looking for a generic signal, like the acidity of the microbiome or odor. On the other end of the spectrum, a PCR tests for a very narrow list of microbes such as Gardnerella, E. coli, and Candida albicans.

Because of this, you may come to your appointment complaining of symptoms like burning and itching and leave with a non-specific diagnosis, like “vaginitis,” or a negative result on a test that didn’t look for the specific pathogen causing your problems. Talk about feeling gaslit!

So if your tests are coming back negative but you’re still symptomatic it’s probably not in your head and a great time to start exploring other testing options.

Vaginal disorders have a lot of symptoms that overlap and can be hard to distinguish. For example, itchiness, discharge and pain can be symptoms of either BV, Yeast, STIs, an allergic reaction, aerobic vaginitis, or cytolytic vaginosis.

Here is a list of things to talk to your doctor about next time this happens:

1. Rule out any sexually transmitted infections

Symptoms of an STI can mimic those of vaginal infections. For example, both bacterial vaginosis (a vaginal infection) and trichomoniasis (an STI) both create a fishy odor and pain with itching.

An STI might sound scary, but they’re very common (1 in 5 people in the US have them), it’s usually easy to get tested for them, and most are manageable if not easily treatable!

It is better to catch STIs early than to let them progress, so make an appointment with your doctor, particularly if you’ve recently had unprotected sex with a new partner.

2. Test for a broader list of of infection causing pathogens

Many PCR tests only look for Gardnerella when testing for BV, but Prevotella and Mobiluncus are also common organisms associated with Bacterial Vaginosis. It can be helpful to know which bacteria are disrupting your vaginal microbiome because certain types of antibiotics are more effective than others at treating different species of bacteria.

Yeast infections (aka Vulvovaginal Candidiasis - VVC), the most infamous of vaginal conditions, are most commonly caused by an overgrowth of a type of Candida called Candida albicans (C. albicans). But there are other strains of yeast that can cause VVC, such as C. glabrata and C. tropicalisThese are often not tested for, and they require different types of treatment (e.g. a longer or higher-strength dose of medication or a different medication all together, so they’re important to talk with your doctor about as well.

Aerobic Vaginitis is a vaginal infection that affects about 7-12% of people with vaginas. Its symptoms can be similar to those of Bacterial Vaginosis but it’s often characterized by inflammatory symptoms such as swelling, itchiness, burning, and redness. Also known as desquamative inflammatory vaginitis or DIV, it can be caused by an overgrowth of Escherichia coli (E.coli), Staphylococcus aureus, group B streptococcus (GBS), or Enterococcus faecalis.

While Evvy does not diagnose you with a specific infection (only your doctor can do that!), our vaginal microbiome test identifies all species of bacteria and fungi known to science. If you suspect your symptoms may be caused by a bacteria or fungi not identified through traditional testing, Evvy can be a helpful tool, not only in providing you with a clearer understanding of what’s happening in your microbiome, but in communicating with your doctor to find the best treatment for your vaginal health.

Another type of vaginitis is cytolytic vaginosis (CV) which is caused by an overgrowth of Lactobacillus. You read that right: there can be too much of a good thing!

Quick reminder that lactobacilli are the local heroes of the vaginal microbiome because they ensure that the vaginal environment is inhospitable for potential pathogens.

So why haven’t you heard about CV before? The condition has not been well studied and many doctors are actually unaware of it.

Unfortunately, cytolytic vaginosis is often a diagnosis of exclusion, meaning that it often requires a process of elimination of other conditions that can cause similar symptoms, like a yeast infection. We know this is frustrating — it is something we hope to change with our research!

The good news is, diagnosis can be confirmed by looking at a vaginal smear under a microscope (using a method called microscopy) in the doctor's office.

4. Understand the research behind Ureaplasma and Mycoplasma

While there is a lot of conversation about these two bacteria on the internet, unfortunately the jury is out regarding their effect on vaginal health. Scientists range in their perspectives; some claim they are totally harmless, while others question whether they may be underestimated pathogens.

Both species can be found in about 30-60% of healthy vaginas.  While some species, like M. genitalium, might be associated with Pelvic Inflammatory Disease, others seem to be passive bystanders.

Most guidelines currently do not recommend testing, let alone treating these microbes unless everything else has been ruled out.

Your symptoms may be vulvar, not vaginal!

The other thing to keep in mind is that your vaginal discomfort may not actually be coming from “in” your vagina. Thanks to lackluster education around vaginal health (we’re talking middle school sex ed, or lack thereof), it’s easy if not natural to think of your vulva and vagina as the same thing but they’re not and it’s important not to treat them like they are!

The vulva is the skin on the exterior of your genitals and includes the clitoris, labia, opening to the urethra, and the vaginal opening. The vagina, on the other hand, is interior. You can think of it as the canal or tube that connects your cervix and your vulva.

Symptoms like itching and discharge can also be caused by an allergic reaction called contact dermatitis (remember, your vulva is skin too!). Think about your triggers: do certain types of clothing or soaps result in symptoms? If so, your symptoms could be the sign of an allergic reaction, something you should raise with your doctor!

Vulvar itching, redness, and pain can also be caused by a rare condition called vulvar lichen sclerosus. This condition primarily affects postmenopausal women and is thought to result from overactive immune response.

It’s mentally and physically exhausting to have vaginal symptoms to begin with, let alone without having a clue about what’s causing them. Taking a vaginal microbiome test like Evvy’s will help you gain autonomy over your vaginal health while also giving you a highly detailed picture of your microbial makeup so you know exactly what’s up down there. Understanding the composition of bacteria and fungi in your vaginal microbiome can also help you and your doctor determine if your discomfort is microbial or something else.

Whatever it is, know that you are not alone, your discomfort is not in your head, and Evvy’s community is here to help and support you along your vaginal health journey.