Fact Check: Can Condoms Cause BV or Yeast Infections?

Condoms are staples of safe, satisfying sex, known to protect against STIs. But can they be a trigger for vaginal infections? Read the article to find out. 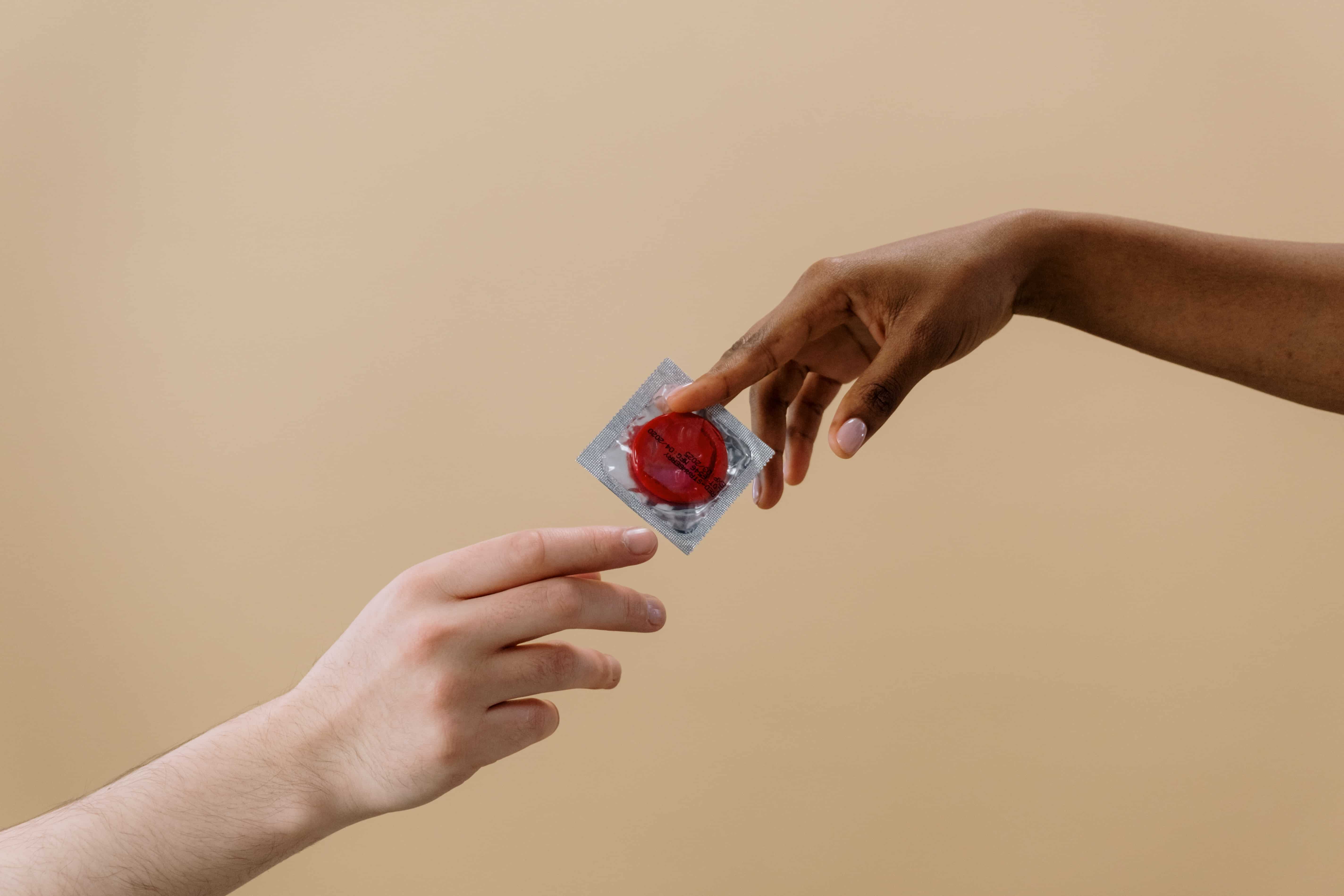 Condoms are great: they’re affordable, accessible, highly effective in preventing pregnancy, and they’re the only form of birth control that protects you from STIs.

So there’s nothing more frustrating than being responsible and practicing safe sex only to be rewarded with a vaginal infection, and it may lead you to believe that it was the condom that caused it.

Could condoms be the culprit behind bacterial vaginosis (BV) or a yeast infection? The short answer is no, condoms aren’t a direct cause of vaginal infections. In fact, consistent condom use can actually help lower your risk for vaginal infections!  However, there are a few caveats to keep in mind — keep reading to learn more.

As you likely know, condoms act as a barrier between genitals, preventing viruses and bacteria from entering the vagina. Condoms also collect semen, which can disrupt your vaginal pH as well as carry bacteria.

Not only do they stop the spread of STIs, but condoms can prevent vaginal infections too. A 2008 systematic review looked at the sexual risk factors associated with BV and found that condom use was protective against BV.

The CDC recommends using condoms to prevent BV. So if you know you’re prone to infection, using condoms can help you enjoy sex without worrying about how it’s affecting your vaginal microbiome!

How to choose a microbiome-friendly condom

While condoms are extremely beneficial for protecting the vaginal microbiome, not all condoms are created equal. It is important to consider what other ingredients may be coating the condom.

For example, some condoms have spermicide, a chemical that stops sperm from reaching the egg. Most spermicides contain an ingredient called Nonoxynol-9, which can irritate the vaginal tissue. Another issue with Nonoxynol-9 is that aside from killing sperm, some research suggests it might kill the protective bacteria in your vaginal microbiome, too.

Additionally, while flavored condoms are designed to make oral sex more palatable (so to speak), they’re not really meant to be used for vaginal sex. If you’ve been using flavored condoms during intercourse, it may disrupt your vaginal microbiome due to the relationship between sugar and yeast.

Yeast infections are typically caused by an overgrowth of a fungus called Candida albicans.

Candida can be present in your vagina without causing any issues, but having too much of it is what triggers the burning, itching, and white, clumpy discharge that are trademark symptoms of a yeast infection.

Remember that STIs can still be transmitted through oral sex, so really we should all be using condoms or dental dams when giving and receiving oral sex. Whether or not you opt for a flavored option is entirely down to personal taste (pun intended).

But as a precaution, if you’re struggling with yeast infections perhaps stay away from flavored condoms altogether — you can never be too careful!

What about lube and yeast infections?

Some formulas of lube contain ingredients that can disrupt your vaginal microbiome.

Glycerin is a common, problematic ingredient to look out for in lube. Glycerin is a sugar alcohol that acts as a humectant (meaning it helps retain moisture) that is often found in different lubes, especially flavored or warming ones.

Like with flavored condoms, glycerin can act as food for Candida albicans and result in a yeast infection. This doesn’t mean that everyone who uses lube with glycerin will get one, but if you already suffer from recurring yeast infections, then you may want to be mindful.

Some condoms also come with lube on them. If you find that you often get a yeast infection after using pre-lubricated condoms, the issue may be the lube rather than the condom itself.

Allergies and sensitivity to latex condoms are fairly rare, but even a mild reaction can irritate the vagina and cause symptoms similar to a yeast infection, like itching, burning, and swelling. However, an allergic reaction isn’t usually accompanied by unusual discharge.

If you suspect you have a sensitivity to latex condoms, some alternatives include polyurethane or polyisoprene condoms, lambskin condoms, or female condoms.

A full-blown latex allergy can also cause hives, difficulty breathing, and anaphylactic shock. If you experience any of these symptoms after using a latex condom, call 911!

The bottom line is that if you feel like your vagina is on fire after sex (but not in a good way), it could be down to the type of lube or condoms you’re using, but condoms aren’t a direct cause of infections. In fact, they can be helpful in preventing vaginal infections!